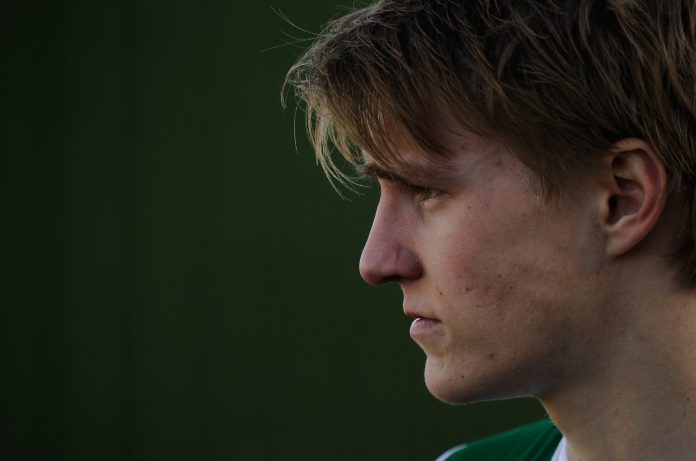 Zinedine Zidane included the young star in his matchday squad for the first time since he made a £2.3 million move from Stromsgodset to the Spanish capital. With the hosts leading 2-1, the 16-year-old made his first public outing in the famous all-white kit and showed glimpses of his much sought-after qualities despite having to settle for a share of the spoils with the Basque outfit.

Odegaard almost played a key role in what would have likely been Castilla’s winner late in the game when his dangerous inswinging corner caused all kinds of problems in the Athletic box. Javi Munoz got his head to the cross but visiting goalkeeper Alejandro Remiro palmed the danger away.

Odegaard took over set-piece duties on his arrival on the pitch but he caused problems elsewhere, with his quick feet winning one free-kick in a dangerous position and showing encouraging signs along Madrid’s three-pronged attack.

His debut was brief but Zidane will look to ease him back into first team action after playing his previous campaign in early November, at the end of the Norwegian Premier Division season. He played over 60 minutes in a behind-closed-doors friendly at Valdebebas last Wednesday and more minutes on the pitch will do the youngster no harm.

He was unable to help Castilla to a crucial three points in their push for promotion. Gorka Santamaria fired Athletic ahead in the eighth minute but an own goal from Egoitz Magdaleno two minutes later had the hosts level. Burgui fired Zidane’s side back ahead when he powered towards goal and saw his shot deflected into the back of the net but Santamaria rescued a point for the visitors with ten minutes left.