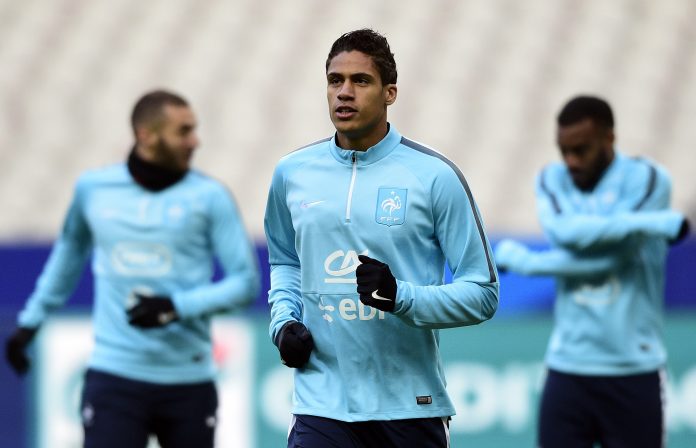 The future of Real Madrid defender Raphael Varane has been under the spotlight throughout this season.

The talented Frenchman wants regular first-team action and although he has been handed plenty of opportunities this season, Pepe and Sergio Ramos remain the club’s first-choice centre-backs.

Varane has been handed chances mainly down to injuries to either Pepe or Ramos this term and the Portuguese defender’s latest absence through a thigh injury is set to hand Varane another chance in the next three matches at least.

The 21-year-old is still not satisfied, however, and with Euro 2016 taking place in his homeland next summer the defender wants regular first-team action at club level to ensure he starts for his country on home soil.

The Daily Express and Le10Sport are the latest publications to link Varane with a move away from the Spanish capital, with Premier League pair Chelsea and Manchester United maintaining their interest in the defender.

United already made moves for the Frenchman before his opted for Madrid and Chelsea boss Jose Mourinho sounded Varane out as the best young centre-back in the world last year. Both clubs have been tracking the player.

This summer will be a big one for the former Lens man, who captained France during the international break. He will not want to warm the Bernabeu bench next season and he may seek assurances from Ancelotti and those high up at Madrid before deciding his future.