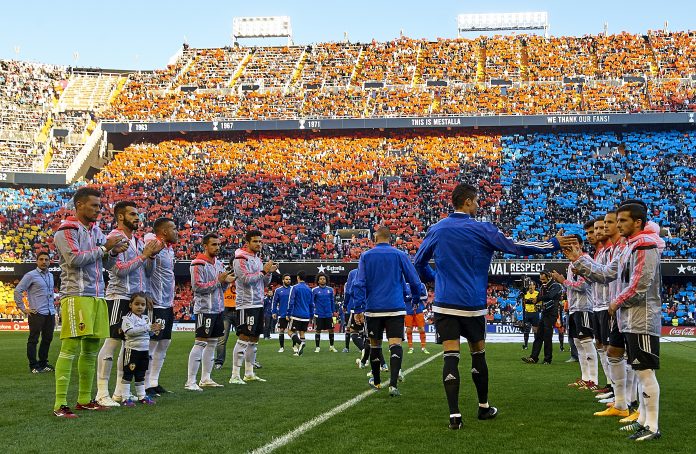 The 8th of the ’10 finals’ takes place today, perhaps the toughest remaining fixture for the Whites in La Liga this season, Valencia visit the Bernabeu with their eyes on the last Champions League spot while the hosts look to keep the pressure on leaders Barcelona with the hope of a setback for the Catalans. Even though Real are coming off a loss at Turin in the Champions League, they are currently on a magnificent run of form in the league with 7 consecutive wins, a winning run that’s longer than any other team in Europe’s Top 5 Leagues at the moment. Slightly more than a month ago, the Madrid papers and media started the ’30 points mission’, which was pretty simple: win every one of the remaining last 10 games and hope for Barcelona to slip up. Real Madrid are currently keeping to their word in that regard as they have won 7 of the last 10 matches with 2 home matches remaining and a trip to Espanyol. However the Valencia visit is still considered as the toughest of the matches yet to be played.

Valencia have always been a heavy visitor at the Bernabeu with Real Madrid being unable to win any of the last 3 home matches in La Liga vs Valencia (all ended in a draw). In addition to that, Valencia will have the added incentive of competing for the 4th Champions League spot so they definitely won’t be coming in looking for a ‘good time’ or just ‘not to lose’. At the moment, Valencia have already guaranteed a spot in the group stage of next season’s Europa League, but with only 3 points separating them from 5th placed Sevilla, they will definitely be looking at securing that 4th spot with a good result tonight.

The 3 questions that were asked since the ref blew the final whistle in Turin 4 days ago have regularly been:

The answers to these questions will be known about an hour before kickoff as the Italian ‘mister’ still hasn’t given any clues as to his formation/ling-up for tonight.