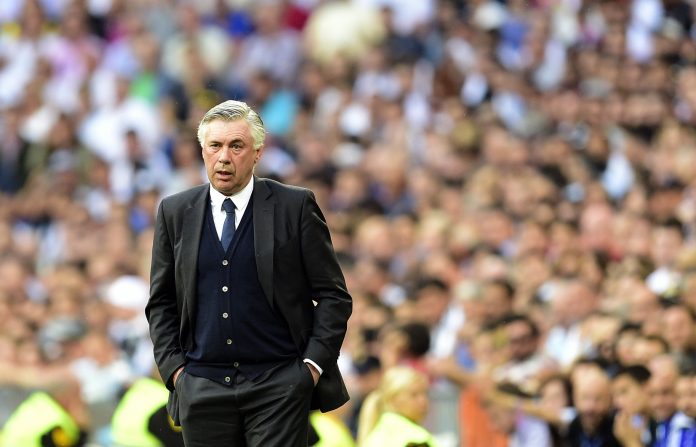 Real Madrid are very likely to finish 2014/15 with no major titles as they have basically pulled out of the Liga title race and followed it by exiting the Champions League. In addition to being knocked out of the Copa del Rey by Atletico earlier in January of this year. So, with 0 major titles this season and a lacklustre Liga and Copa campaigns coupled with failing to reach the Champions League final even with a good opportunity, talks have been swirling about Carlo Ancelotti’s possible departure from the club, but the question is: Should he be sacked?

It is easy to forget that Real Madrid have been extremely unlucky with injuries this season, and while that’s not an excuse, it is a big detriment to any club. The Whites’ lack of squad depth also manifested itself in the second half of the season as they struggled with the thickness of matches and the debilitating injuries to key players. But that can be linked to Ancelotti as the Italian mister famously refused some summer signings which lead to the aforementioned shallow squad. He can be partially blamed for the injuries as he very rarely rotates the squad, as a matter of fact he is the manager who has given the least amount of minutes to substitutes in La Liga this season. Another huge factor and story in this season was Real’s failure against Atletico, which was largely, and fairly, blamed on Ancelotti as he struggled to get anything against the capital neighbours and won just one of the 8 Madrid Derbies held this season. The poor results against Atletico cost he team the Supercopa, hugely effected their chances in La Liga (2 losses), and stopped the team from advancing in Copa del Rey (eliminated by them). And while the win finally came in the 8th and final Derby of the season in the Champions League, it was still not enough to overlook the team’s record vs Atletico this season: 8 games played, 1 win – 3 draws – 4 losses. However, with all these negativities; there have been a lot of positivity coming from the Italian’s way.

Of all the managers in Real Madrid’s history, Carlo Ancelotti is the manager with the:

On top of that, Ancelotti still achieved 4 titles in the space of 2 seasons, guided the team on a record-breaking 22-match winning streak, and finally brought the long sought after La Decima. In addition to that, one must not forget the calmness and tranquility Ancelotti brings to the team and the club by his political answers and awareness in not falling for the ‘trap’ questions. That political mindset has garnered him the love and support of the entire squad, something that the team has been lacking in recent memory. So, I believe that the best solution would be to keep Ancelotti for next season at least, if not for his incredible accomplishments then for the lack of replacements. As there really aren’t any replacements for the job, with Klopp being the only half option, though with his lack of experience in dealing with huge star players and extremely tough media, many believe that he will not be the right man for the job. The only other person being considered is Real Madrid legend Zidane, however with complete lack of experience on the first level, it is far too soon for the Frenchman to take hold of the team. It is therefore better, or more suitably necessary, to keep Ancelotti because it is not a case of him needing the club, but the club needing him. If all of that is still not enough, just remember that Ancelotti won 4 titles in less than 2 seasons, that’s just 2 titles less than the titles won by the last 9 managers combined in the last 9 years.