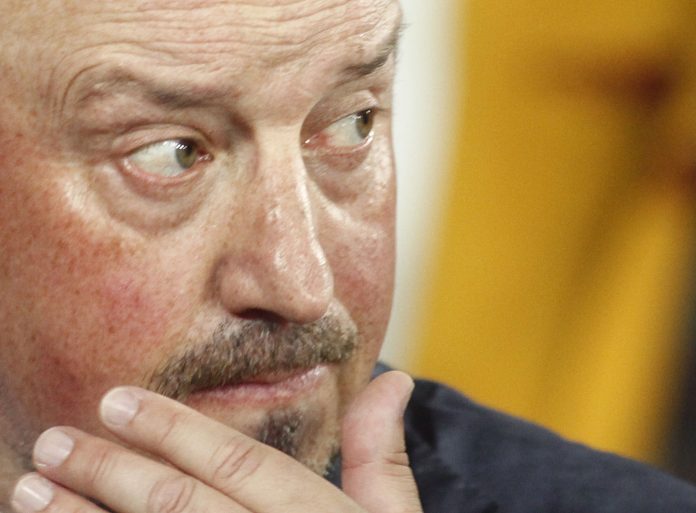 Rafa Benitez is the new favourite to take over as Real Madrid boss for next season, according to reports.

Madrid are expected to part company with Carlo Ancelotti at the end of a trophies season and the former Liverpool and Valencia boss has been linked with the possible vacancy.

Jose Luis Sanchez, of La Sexta, says Madrid have targeted the Spaniard to be their new coach for next season and all that is left is for a contract to be signed.

Benitez, who led Liverpool to the Champions League a decade ago, is out of contract at Napoli at the end of this season and his future is up in the air.

The 55-year-old Madrid-born coach played almost 250 matches for Castilla, Madrid’s second team, and also started his coaching career there but has not managed the club’s first team.

Jurgen Klopp has also been linked with succeeding Ancelotti this summer.