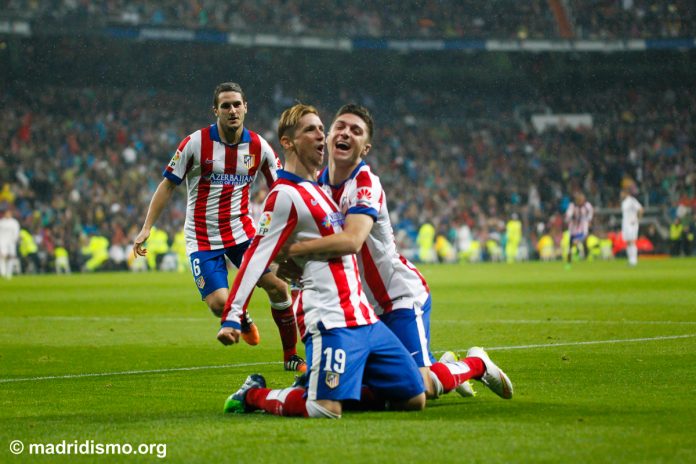 Years have passed since the endless stretch of Real Madrid’s dominance over Atletico. It was 14 years in a row, if my memory doesn’t fail me, that Atletico failed to score a victory over the team in white. Things got so lopsided that the fans started chanting “necesitamos un rival digno” (we need a serious rival). Those were good times for the Madrid faithful, but since Cholo’s arrival, barring the 2 most important matches (The Champions League Finals), Atletico has had the upper hand most of the time.

In recent matches, Real has had a tough time breaking down Atleti’s defense and create scoring opportunities. They have struggled to impose themselves on a solid but less gifted side and this reflects on Madrid’s failure to have won La Liga in recent years. Now, being La Liga leaders for a change, Real has a chance to further distance themselves with Atleti by 9 points at the top of the table and prove that this year they can win the big domestic matches. Plus, La Liga betting odds for the Madrid derby are in our favor 2/1 for a Real Madrid victory.

It’s not going to be easy to pull out the win as our team is far from their best. The midfield hasn’t been the same without Modric, who is thankfully back for this important match. Isco is still not playing like  he did back in Malaga and James continues to struggle as well. The defense has been shaky, to say the least, with Varane and Pepe in the back and without Casemiro in the midfield.

Cristiano has played like a shadow of his former self since returning from injury, and lately is only scoring goals for Portugal. This to me seems to be the biggest issue as it’s clear how much we depend on Cristiano’s goals to win matches. Fortunately, Benzema and Morata have been hitting the mark as of late.

To add to our troubles, one of the few players still performing well, Kroos, is out for the rest of the year and Kovacic may miss the match with an ankle issue.

On the other side, Atleti is suffering from the success of their quality roster with 16 going out for international duty. Atleti’s star striker, Griezmann, had returned with a bruised left foot. Gaitán and Moya are both definitely out for Saturday’s match.

Speaking to a Spanish radio show, Juan Fran’s comments reflected on his club’s recent dip in form: “This is a bad moment, but I am sure that if we beat Madrid at home in our next game, things will be very different. We must accept that Atletico are not doing well at the moment. Our demands on ourselves are very high. We must analyse things and work hard.”

Nevertheless, Atleti is strong at home with 11 victories from 12 matches and hasn’t lost in the past 22 home matches. After Villarreal, the Colchoneros are the team who has been scored on the least so far this season. This will be the last Madrid Derbi played at the Vicente Calderon as next year Atletico moves to their new stadium at La Peineta.

In reference to Saturday’s match, Alvaro Morata stated: “These are the games which win you the league. It will be difficult, but we are arriving strong. We’re playing well.”

Although they are slightly below the level of previous seasons, the truth is that Atletico de Madrid has become our “bestia negra” (black beast) and I expect nothing less than a hard fought match to pull out a close win. As Morata stated, these are the matches that win you the league and they are the matches that have lost us the league in recent years. My prediction is 2-1 for los blancos and Hala Madrid!