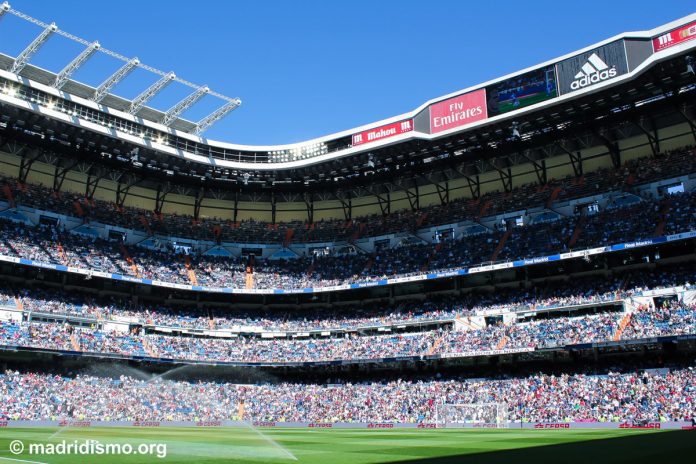 The current attempt at glory in Europe’s toughest tournament sees what is likely to be the most competitive Champions League campaign in several years. Even with that being something to take into consideration, the fact that Real Madrid find themselves as the fourth favourite to win this year’s edition is hard to comprehend.

Almost every game of this season’s Champions League has been worth watching based on the sheer amount of goals, assists and overall drama, and it’s no surprise to see Footy Accumulators keeping tabs on all the action, helped even more by them covering the tournament through previews, the latest odds and their own Champions League betting tips.

Poor league displays not an indication of European form

It remains to be seen why Real Madrid’s season back in La Liga has been so poor, as they sit at third, with a thirteen-point gap holding them back from getting anywhere near top place Barcelona, and even local derby rival Atletico Madrid sitting above them. They’ve looked capable of fighting back recently, which is to be expected after they won the title last season and were excellent in winning the Champions League alongside it.

Whether they can keep up performances back home is yet to be confirmed but they look unstoppable as ever back in the Champions League, where they’ve already put an end to Paris Saint Germain, who looked likely to battle right until the end before Real Madrid cancelled them out in the Round of 16.

Cristiano Ronaldo has similarly not looked quite as prolific as usual in Spain but is absolutely sensational in Europe, currently stood as Champions League top scorer with twelve goals to his name already.

Three CL wins in four years speaks for itself

The record for Real Madrid scooping the Champions League is truly exceptional, as they’ve won three times out of the last four and hold the title for being champions in the tournament, with twelve previous victories overall. La Liga rivals Barcelona are current frontrunners with odds of 11/4, then followed by Pep Guardiola’s rampant Manchester City at 7/2 and Bayern Munich at odds of 4/1.

Odds are likely to change after this upcoming round of matches but the fact that Real Madrid rank as fourth most likely to win is bewildering, as they still look like the most ruthless of all sides and clearly know how to come out on top in this competition.