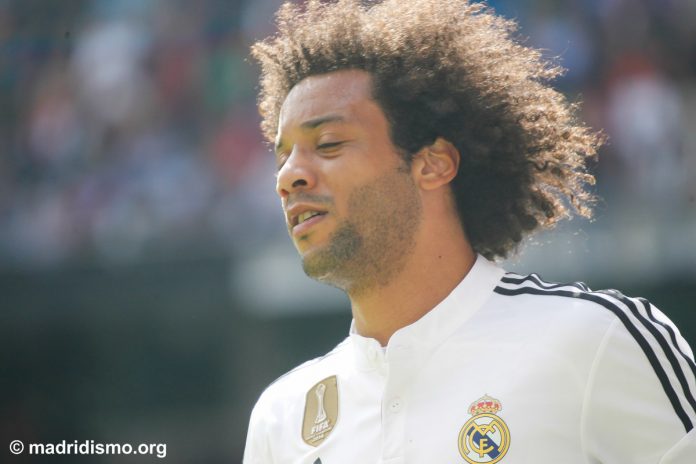 Real Madrid’s stunning Champions League victory over Liverpool has set up the chance for many of the squad to complete a memorable double this summer.

Madrid have regularly provided players for World Cup winning teams and there is every possibility that they will add to the list in Russia.

Read on as we take a look at the nations who could provide Madrid with more World Cup winners on July 15.

Marcelo and Casemiro are firmly established as key members of Brazil’s squad and both should see plenty of game time in Russia.

Brazil’s 7-1 defeat against Germany in the 2014 semi-finals was a major shock to the system, but the Samba Kings have qualified comfortably for the latest tournament.

They haven’t reached the final since lifting the World Cup in 2002, but the South Americans have a long history of success on football’s highest stage.

Brazil are currently priced at 9/2 to lift the trophy and you can use this Betfred Promo Code if you fancy the Madrid duo to be part of their sixth World Cup triumph.

Sergio Ramos will captain the side and he is joined by Madrid teammates Isco, Marco Asensio, Dani Carvajal, Nacho and Lucas Vazquez.

Spain are unbeaten under manager Julen Lopetegui and they look back to the sort of form that saw them win the World Cup in 2010.

A recent 6-1 demolition of Argentina in a friendly was hugely impressive and they will be a danger to everyone this summer.

France are expected to have a major impact at the World Cup. An opening group of Peru, Denmark and Australia should hold no fears for a squad that contains some serious firepower.

Centre-back Raphael Varane is a favourite of manager Didier Deschamps and his place in the starting XI is pretty much guaranteed.

France have failed to reach the semi-finals in the last two World Cups, but they conceded just six goals during qualifying and could be hard to beat in Russia.

Described by Barcelona midfielder Xavi as the “axle” for the German team, Toni Kroos is certain to start in the centre of the park for the reigning champions.

Germany’s performance in the 2014 final against Argentina showed that they could produce gritty performances when necessary and they will be a force to be reckoned with this summer.

Cristiano Ronaldo heads into the tournament with a point to prove for Portugal. Ronaldo has scored just three goals in the World Cup finals and he will be eager to add to his tally in Russia.

However, his team may have to settle for second place behind Spain in the opening phase and it’s difficult to imagine them following up their 2016 European Championship success.

However, with Iran and Morocco alongside Portugal in the group stage Ronaldo may be a good bet to finish as the top scorer in Russia.