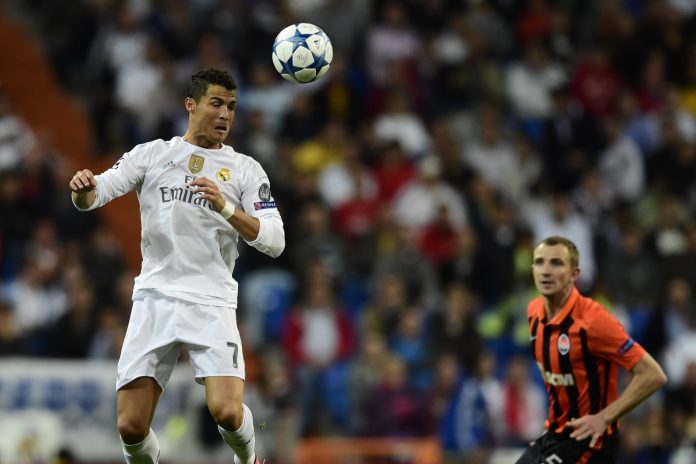 We thought the day would never come – but it did.

Tuesday, July 10, 2018 – remember the date. The date a legend, a player who defined an era, called time on his stint at the Santiago Bernabéu. The date the best player in the world said goodbye to the best club in the world.

Cristiano Ronaldo has decided the right move for him at this stage of his career is to leave the Spanish capital for Italy, Turin and Juventus. One huge club for another. One huge sum of money and the biggest transfer since his previous move from Manchester to Madrid.

While all this sinks in we simply say thank you, Cristiano, or ‘obrigado’.

“The years I’ve spent at Real Madrid and in the city of Madrid have possibly been amongst the happiest of my life.

I have only feelings of great thanks towards this club, these fans and this city. I can only but thank all of them for the kindness and affection I’ve been shown.

However, I believe that the time has come to embark on a new chapter in my life and that’s why I asked the club to allow me to move on. This is how I feel and I would ask everyone, in particular our fans, for their understanding.

I’ve had nine absolutely marvellous years here. They’ve been nine unique years. It has been an exciting time, full of success, although they’ve also been tough years because the demands at Real Madrid are extremely high, but I know very well that I’ll never be able to forget how I’ve enjoyed my football here in such a unique way.

I’ve shared the pitch and dressing room with some amazing teammates, I’ve felt the affection of an incredible fan base and together we lifted three successive Champions League crowns and won the competition four times in the space of five years. Alongside these successes, on an individual level, I’ve had the satisfaction of having won the Ballon d’Or four times and the Golden Shoe on three occasions. Everything during my time at this club has been amazing and extraordinary.”

I think sports betting and best casinos online fans would still support Ronaldo despite his move to Juventus. The 33-year-old has proved to be one of the best soccer players in the world. He’s also a top goal scorer (120 goals) in the EUFA Champions League and European Cup. Ronaldo’s message continues:

“Real Madrid have captured my heart and those of my family members and for that reason, now more than ever, I want to say thank you: thanks to the club, the president, the club’s directors, my teammates, all of the coaching staff, the doctors, physios and the incredible staff who ensure that everything works as it should and tirelessly take care of every single detail.

I want to once again give infinite thanks to our fans and also to Spanish football. Over the course of these exciting nine years, I’ve come up against some outstanding players. I have respect and recognition for all of them.

I’ve  given things a great deal of consideration and know that it’s time to embark on a new chapter. Despite me now leaving the club and regardless of where I am, I’ll forever continue to feel an allegiance towards this shirt, this badge and the Santiago Bernabéu.

Thank you all and, of course, just as I said nine years ago when I first set foot inside our stadium: Hala Madrid!”