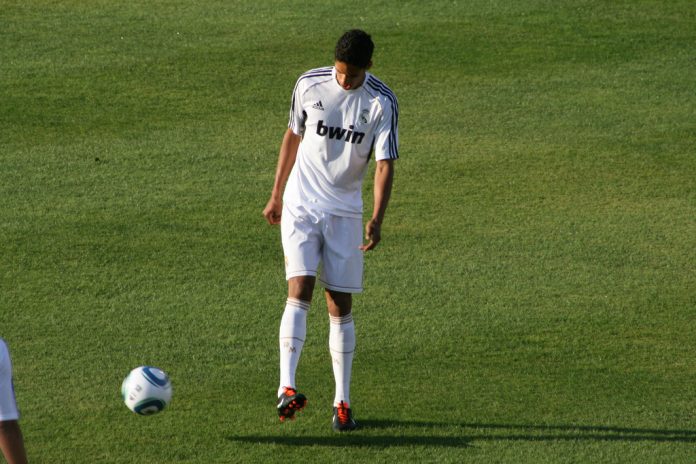 Twelve years. Thats how long it’s been since a defender last won the Ballon d’Or, in all of its names and formats. It’s been a decade since anyone outside of Cristiano Ronaldo and Lionel Messi last picked up football’s biggest individual accolade. There has been very much a duopoly cast over the annual gong but that duopoly is set to change – or is it?

Fabio Cannavaro was the last defender to claim the prize in 2006, the year he signed for Real Madrid from Juventus. The last player outside of Cristiano and Messi? Kaka, a year later in 2007, when he was with Milan. Ever since then the Portuguese and Argentine duo have not looked back.

Indeed, it has rarely looked like the prize would be anyone else’s in this last decade. Rightly, or wrongly. It’s been won on merit and it’s been won through popularity. Now there is a sense that someone else could be crowned football’s best player and the World Cup has played its part.

Both Cristiano and Messi suffered relative disappointment with Portugal and Argentina respectively, especially the latter, and that seems to have opened the door to someone else collecting the Ballon d’Or this year. Antoine Griezmann, a World Cup winner with France, has put his name forward, but not to be left out, Madrid continue to have contenders of their own.

Initially it was Luka Modric linked with the accolade. The midfield maestro has often been undeservedly overlooked on the individual merit front despite his superb performances for Los Blancos over the years. Now his performances for his country, Croatia, and not Madrid pushed him to the forefront of the Ballon d’Or shortlist.

Modric not only played a key role in helping Madrid win their third straight Champions League trophy, and his fourth during his time in the Spanish capital, but was also a key cog in helping Croatia to the World Cup final. He won the award for the Player of the Tournament and the calls for him to win the Ballon d’Or followed.

Few would begrudge the former Tottenham Hotspur man the accolade but it seems astonishing that one man who actually went all the way and won world football’s biggest team prize, and a teammate of Modric who lifted his fourth Champions League title in May, has gone largely overlooked: Raphael Varane.

It’s unfashionable to put a defender forward for such a prize but the Frenchman not only played an equally-important role in Madrid’s Champions League-winning campaign, but helped France win the World Cup in Russia. Varane has won it all and few are putting him forward for the title of world football’s best player.

Not since Cannavaro has a defender won the Ballon d’Or, and that was in the same year he helped Italy lifted the World Cup. Could the same happen with Varane?

France coach Didier Deschamps certainly thinks so. “We’ve seen so many times, there are two who are still there… Come on, even three, you have Messi, Ronaldo with everything they represent in the world and what they do. Neymar too, even if he arrives behind,” Deschamps told L’Equipe.

“Does Raphael Varane deserve it? Of course he deserves it. Will it be him? A defender, yes, but in general it’s an attacker. I especially hope that it will be a French player due to the fact that it’s a World Cup year and they are world champions.”

Varane has, at least, made the ten-man shortlist for FIFA’s The Best awards. He sits alongside Cristiano, Kevin De Bruyne, Griezmann, Eden Hazard, Harry Kane, Kylian Mbappe, Messi, Modric and Mohamed Salah. That should put him in with a shout of both the FIFA award and that of France Football.

But does he have enough to go all the way? If the votes go the way they should, then yes, but the fear is that the Ballon d’Or popularity contest will go on for another year at least. The bad thing for Varane is that if he doesn’t win it this year after everything he has already achieved, when will he win it?