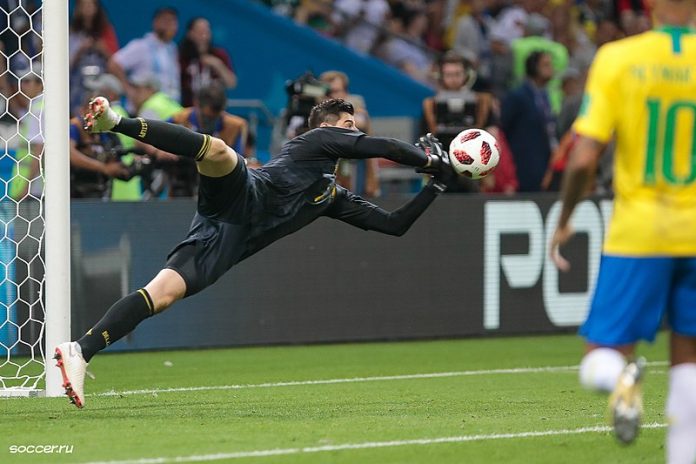 Real Madrid have only just returned from their pre-season tour of the United States but their first day back in the Spanish capital has yielded two changes in the squad for the forthcoming campaign.

After months of rumours, Chelsea goalkeeper Thibaut Courtois has been confirmed as a Real Madrid player after agreeing terms on a six-year contract, while Mateo Kovacic will be moving in the other direction on a season-long loan deal as part of the agreement.

The Belgian stopper will be unveiled at a presentation in the Spanish capital on Thursday after undergoing his medical.

A statement on RealMadrid.com read: “Real Madrid C.F. and Chelsea F.C. have agreed the transfer of Thibaut Courtois, who has signed for the club for the next six seasons.

“After the medical that will take place tomorrow, Thursday 9 August, the player will be presented at 1pm in the presidential box at the Santiago Bernabéu stadium.”

Courtois has long been searching for a return to Madrid to be closer to his family and after playing on-loan at Atlético Madrid from Chelsea.

He could well be in Madrid’s squad for the Santiago Bernabéu Trophy match against AC Milan on Saturday night.

What now happens with Keylor Navas is up in the air but Courtois is expected to be Madrid’s first-choice goalkeeper this term.

Meanwhile, Croatian midfielder Kovacic will move to London in search of more regular first-team football. The former Inter Milan man was understood to be frustrated at his lack of opportunities at Madrid and has been looking for a move elsewhere.