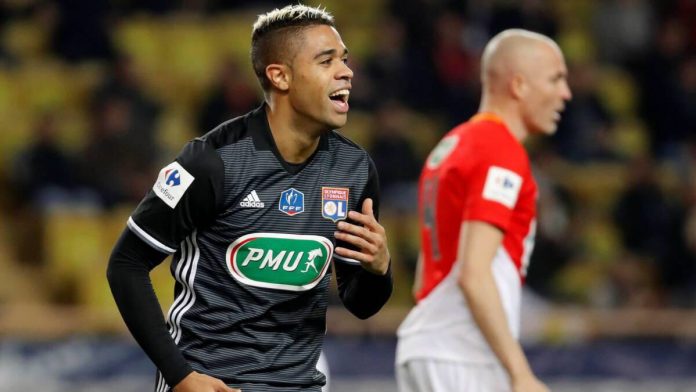 If any news were to take me by surprise, it is not that of Real Madrid re-investing in their own breed. Such a move is quite common for the Spanish powerhouse.

Over the years, Los Blancos have boasted youth products who have not failed to thrive in their footballing careers outside the club. Offered little or no opportunities to showcase their God-given talents, they moved abroad to maximise their potentials.

Mariano Diaz is the man on every Real Madrid faithful’s lips presently. The Dominican-Spaniard is reportedly close to a return to Real Madrid after being sold to Lyon two seasons ago for £8m in what many Real Madrid fans captioned an “unjust” transfer – owing to the pristine fact that he was let go because of another undeserving young striker (Borja Mayoral). No doubt, nobody would have expected such a deal to happen if Mariano was 100% Spaniard. For what it’s worth, Mariano Diaz has always been a better striker compared to Borja Mayoral. I mean Diaz was at the right end to grasp the little opportunities he had two seasons ago under Zinedine Zidane while Mayoral, on loan was consistently firing blank at Wolfsburg.

Fast forward to last season, Mariano, albeit, unsurprisingly to me, took the French Ligue 1 by storm – seeing the back of the net 21 times in as much as 45 appearances for Lyon. Are you not impressed? Even our very own number one striker, Big Benz struggled to make half of that last season. It was that moment I knew something had gone away from Madrid. Mariano’s explosive pace and bursting runs really did cause havoc in France.

However, in as much I relish the potential return of Mariano, this doesn’t go without questions to be answered. Real Madrid triggered Alvaro Morata’s buy-back clause last season in the summer of 2016 after registering a number of mesmerising performances for Juventus. Anybody could bet it was best Florentino Perez recalled the Spaniard into the fold with Karim Benzema getting playing minutes without competition. But what happened afterwards? Morata assumed the position he was used to before leaving Madrid for Turin in the first place. Simply put, he was relegated to play second fiddle to the Frenchman. This decision spurred diverse reactions in the fan-base – with questions like; “What is the point of triggering his buy-back clause when his place is the bench?”, “Do we get to see another striker play ahead of Benzema at all again for Real Madrid?” Truth be told, Morata must have regretted the return to his boyhood club.

I was not taken aback when I finally saw him let out his frustrations and pushed for a move away to get more playing time. What he experienced could possibly amount to injustice – especially when he was proving Zinedine Zidane wrong with every minute he was handed.

Even though Zidane publicly declared he never wanted him to leave, little could Morata have done with Russia 2018 World Cup beckoning (which he eventually missed after a disastrous first season at Chelsea). He wasn’t offered the opportunity to make a name for himself in big ties. He rolled fairly deep in petty Copa del Rey matches with little importance. It was paramount that he leave to rejuvenate his career.

Mariano Diaz is some inches away from a possible return to his boyhood club with Real Madrid ready to exercise £22m plus bonuses to bring him back – as they still own 35% of his rights, Mariano would be smart to consider the result of Morata’s second stint before making a decision to return to his dream club or instead opt for Sevilla, who are ready to break their bank to land him. Whichever way, if Mariano should opt for a return, there is chance a “Morata” awaits in the bag for him but then he may also be so irresistible as to break the Benzema jinx.