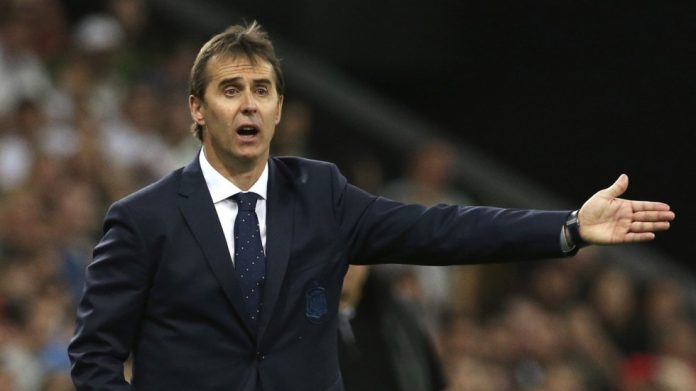 Each and every Clásico match is more than just three points but this Sunday’s meeting between Barcelona and Real Madrid brings with it more subplots than usual.

What we do know is that, unless things take a drastic change, Julen Lopetegui will be in the Madrid dugout at the Camp Nou come 4:15pm on Sunday afternoon. Madrid’s International Head of Relations, Emilio Butragueño, has already confirmed as much in an interview following Madrid’s 2-1 Champions League win over Viktoria Plzen on Tuesday night. Someone as conservative as Butragueño in front of the television cameras would not have risked sharing such thoughts if he didn’t believe them to be true.

What we don’t know is whether the powers-that-be at the Santiago Bernabéu really see victory in Barcelona as a victory for the long-term, something that will only prolong the inevitable sacking of the coach. A victory for Lopetegui and his men on Sunday would make it extremely difficult, and nearly impossible, for Madrid to sack their coach.

Reports in Spain this week have piled pressure on Lopetegui following a three-match losing streak and five matches without a win, leaving Los Blancos seventh in the league table. Those same reports have also stated it is just a matter of when, and not if, Lopetegui gets the chop. The pressure, they say, on president Florentino Peréz to make a change, is huge.

Defeat in Catalonia this weekend would make such a decision easy – at least the sacking, not the replacement. A draw would help that cause, too. An unexpected victory for Los Blancos would keep Lopetegui in a job, for a while at least.

The whistles that greeted the name of Lopetegui when his name was read out at the Bernabéu pre-match were loud. The whistles Madrid received at half-time of Tuesday’s clash with Plzen were deafening, and they hardly subdued at the final whistle.

If Lopetegui somehow manages to mastermind victory against Barça on Sunday, however, things may change. One swallow does not make a summer but Los Blancos will then head into a very winnable set of matches. A Copa del Rey clash at Melilla is swiftly followed by a home LaLiga match against Real Valladolid and a trip to Viktoria Plzen in the Champions League. Madrid could comfortably win those matches and relieve the pressure slightly on their coach.

El Clásico is more than just a game. This weekend more than ever.