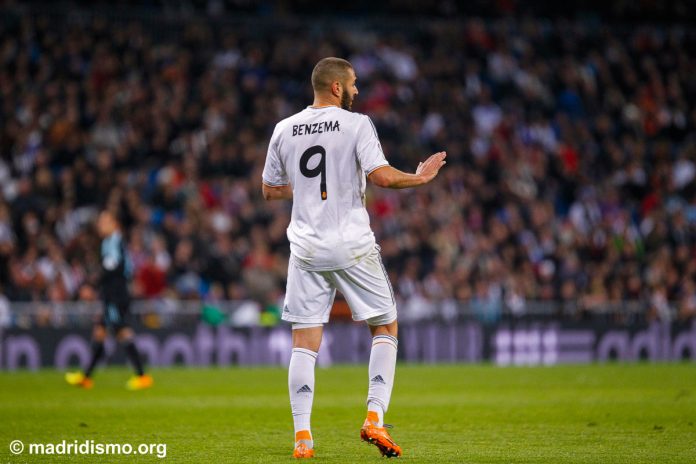 On Sunday at 16:15 CET everything goes out of the window.

On Sunday at 16:15 CET it all boils down to who wins the Clásico, a one-off ‘cup final’. The only thing that will bother Madridistas and Culés is the result. For 90 minutes at least.

With that in mind we select our Madrid XI for the Camp Nou clash:

GK – Keylor Navas. Thibaut Courtois is expected to start on Sunday but Navas should be handed a return to La Liga action. It’s fair to say the Belgian has done little wrong and the finger for Madrid’s current form cannot fall at his feet, but the times that Navas has been called upon this season he has not let Lopetegui down. He wants to win his place back and what better way to do that than a starring role in the Clásico?

DF – Nacho. Dani Carvajal is the only injury absentee for Madrid heading into the match. Carvajal was back on the training pitch this week but he is unlikely to be fit to feature. That leaves a gap at right-back and Nacho is the right fit. Not only has Lopetegui used him there before, but the canterano can also squeeze into a more central role to defend Barcelona’s more central attacking threat, even without Messi.

DF – Sergio Ramos. The captain will be the first name down on the team sheet but Madrid need Ramos to rise to the occasion following an indifferent start to the season. He could be handy in attack, too, but Los Blancos really need their captain back as a defensive rock if they’re to leave the Camp Nou with anything to show for their efforts.

DF – Raphael Varane. The central defensive pairing makes itself but Varane, like Ramos, has been far from convincing so far this term. Maybe this will be the match to wake the World Cup winner up.

DF – Marcelo. Marcelo has been struggling with injury but should be fit to feature this weekend, and while the Brazilian has been far from his best, Madrid will need him if they’re to come away with Barcelona with anything. Los Blancos have been struggling for goals of late and Marcelo will be key in opening up the host’s defence.

MF – Casemiro. Barça should have plenty of the ball and plenty of opportunities in the right areas and Madrid will need their defensive midfielder at the top of his game to thwart players such as Ivan Rakitic and company. Will also need to cover Marcelo when his countryman goes on his trademark attacking runs.

MF – Toni Kroos. The calm in the storm. Keeping the ball is crucial at the Camp Nou and Kroos will be vital in Madrid’s possession game.

MF – Isco. Los Blancos have been far from sharp in front of goal so far this season and they will need Isco producing plenty of magic to unlock an understrength Barcelona defence. It’s been no coincidence that Madrid’s form has dropped in recent weeks with the Spanish international sidelined after recovering from an appendicitis operation.

MF – Modric. Like Marcelo, Modric has seemed to suffer finding his top form following the summer World Cup but Madrid need him to show the kind of skill that helped him win the UEFA Men’s Player of Year and FIFA The Best awards. Also offers a higher work-rate and experience than Marco Asensio.

FW – Gareth Bale. Bale found the back of the net in last season’s match at the Camp Nou and his pace and long-range shooting could be crucial on Sunday. Madrid will need an outlet and the Welshman is the one to offer it, especially in the absence (in this team) of Asensio. Bale will be fired up, he’s a man for the big occasion and he’ll want to make this occasion his.

FW – Karim Benzema. The Frenchman has come in for plenty of flack already this season but, like Bale, has the attributes to silence his critics once again.