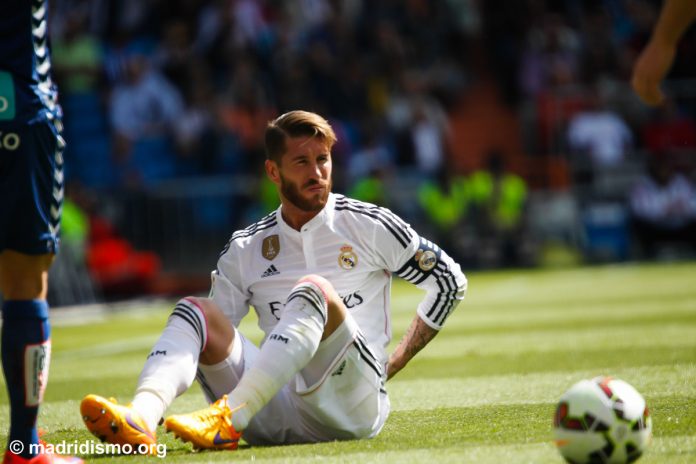 We could fire Lopetegui but what will it change? These are the same players that said goodbye to the league trophy in the first 2 months of last season. This team was bad last year and is even worse this year.

This year there will be no 4th straight Champions League trophy. There will be nothing to save the season for the 9th place Real Madrid. Nothing good will happen without real change.

This may be the worse defense I have ever seen at Real Madrid. Let’s start with our overpaid captain, Sergio Ramos. There’s no doubt he has heart and big “cojones” but at the center of the defense he is getting worse and worse with age. His sidekick Varane, the wonderkid from Lense isn’t the defensive rock he once was. For a player who should be in his prime he has been significantly worse since becoming the starter with the departure of Pepe. He was amazing when he joined as a teenager.

Casemiro has been the defensive midfielder Real have been searching for since the departure of Makelele, but his form has dipped significantly along with that of Kroos and Modric (after such a brilliant World Cup – a little tired maybe?) Asensio never manages to live up to the hype of the great player he can become and Lucas Vasquez has lost that cutting edge he used to bring off the bench. Bale is trying but he is goalless in 5 matches. Cristiano’s shoes were just too big for him to fill. It was probably asking too much for him to try. Benzema is clearly past his prime as his goal production is minimal and has been for some time.

Few players are getting it done. No one has stepped up to fill in for Cristiano’s goals and the collective defense is probably the worst ever.

So who is at fault? In this case, the blame can be spread around starting with Zidane. Zidane left this train wreck of a team on a high note, but the train wreck is still there. Florentino decided the train wreck was good enough and they didn’t need to buy any top talent, due to the pricey market, so the same players remain. Lopetegui, in the short time he has had to work, has taken something bad and made it worse. Last, but not least, we have the players. They are ultimately to blame. With poor play but a little hustle they should be winning more games. They could defend better. They could attack more. They could press harder.

Today I saw a Madrid team sleepwalk through the first half against their archrivals. They look tired and disinterested. In the second half they came alive for about 20 minutes. Why did they wait until the second half?

Maybe 3 Champions League titles in a row were too much for them. They’ve achieved too much and now they can take it easy. No sir, not at Real Madrid and especially not with the past 10+ years of losing Liga titles. We need new fresh and hungry players in attack, in the midfield and in defense. Because you’re name is Ramos, Kroos or Benzema that doesn’t mean you deserve to be on the pitch. These boys need someone to sit them on the bench. It’s time to start over with a new formula. There are plenty of talented players who would give their left arm to come to Madrid and keep this team going as the best in history. Wake up, Florentino, and do what’s needed.