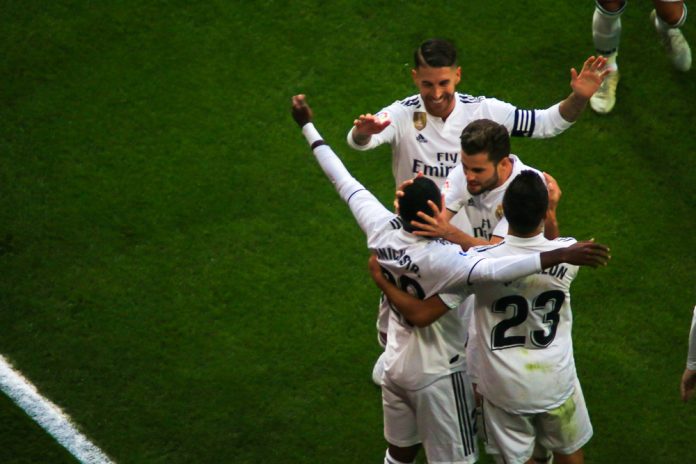 Last Saturday I went to my first match in over 6 months. (You may have seen some of our live feeds from the stadium on Facebook and Twitter.) I loved Solari as a player and wanted the chance to see him on the sidelines since he probably won’t be in charge for long. I also wanted to see Vinicius now that he is actually getting a chance to play.

Vinicius isn’t the savior of Real Madrid and no one should expect him to be. Nevertheless, he has the spark that the rest of the team lacks.

You’re not going to ruin a young player by giving him his chance to shine and help the team. If his play doesn’t meet expectation he can go back to the bench and keep working. No harm done. Robhino didn’t become a disappointment because he got too many minutes or felt too much pressure, he simply was not as good as he appeared to be when first arriving. He was still a good player, however, and useful to the team. Sometimes players shine more when they are young while other players reach their full potential later.

Real Madrid is tired and slow. The World Cup took its toll and some of the squad seem to be running on tired legs. I actually think the B-team that played in Copa is much better that the A-team. The B-team is vertical, they play with energy and I if I dare to say the collective defense was better. (Playing against a Segunda B team is not the perfect measuring stick but it is a good indicator of how a team is playing.)

Florentino, we need some fichajes! A winning squad is more important than redesigning the stadium. We need new strikers and defenders and someone new in the midfield. It’s been 4 years since a major signing. Enough is enough.

The truth is we need more players like Vinicius – young, hungry and unique. The kid is not bogged down with 4 Champions League titles. He has no titles with Real Madrid and he plays like a free spirit. He doesn’t conform to the style or structure of the team. He moves around, he runs at players, he tries to be fancy and he plays his own way. On Saturday’s match he was fortunate to get the goal but he created it and in last week’s Copa match he was involved in several goals.

It’s time for renewal in Madrid. We need more like Vinicius and we need them in the winter transfer window to save the season.