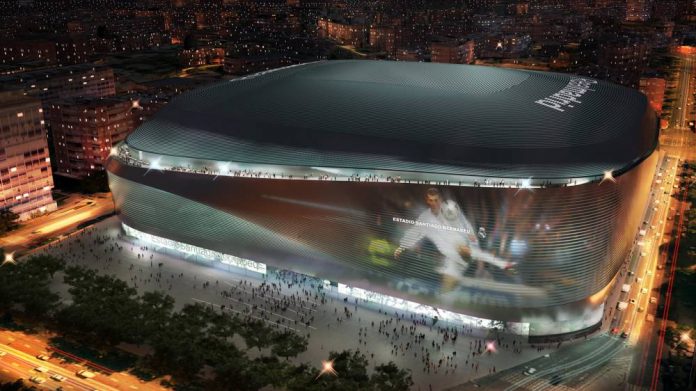 It has been 4 years since a major signing. Winning record numbers of Champions League titles has given Florentino an excuse to hoard cash. As Spain’s version of Donald Trump (The real estate developer, not the politician) Florentino needs to see his vision of a beautiful shiny new stadium realized and has saved every penny to make that happen.

It’s not just about a shiny modern new stadium, mind you, it’s about renting and selling shops and generating new streams of income. The new stadium will be a financial powerhouse for the club. Florentino knows he has to compete financially on a whole new level with the oil money from the Middle East. He’s not a football genius but he is a masterful deal maker. It was his sale of the Charmartin training ground, where 4 skyscrapers were built just before the financial crisis hit, that generated big money for the club. It paved the way for the new Valdebebas training ground, which has also developed into an excellent location in its own right.

While most clubs pack up and build a new stadium on the outskirts of the city (Case in point: Atletico moving to Wanda), Florentino is not ready to give up the prime location of the Bernabeu because he knows the money it can generate. Try buying a flat in the area, very few can afford it.

I don’t doubt Florentino´s vision. It makes sense and if you’re not moving forward, you’re getting left behind. The question is, is it worth the price we have to pay?

Cristiano is gone. His goals dragged this team to another title. Many have forgotten but last year was not pretty. We lost the league title after just 6 weeks. We were in desperate need of fresh players back then and we are in even more dire need now. Our aging stars are not getting the job done (nor are the young ones).

I say postpone the stadium financing for a bit and break out the checkbook. We have to save this season and we need fresh blood all over the pitch. This team is looking worse than the Galacticos, when everything went awry as they lost 5 straight matches and subsequently all titles. Expect to see big time signings in January, anything less would be suicide.