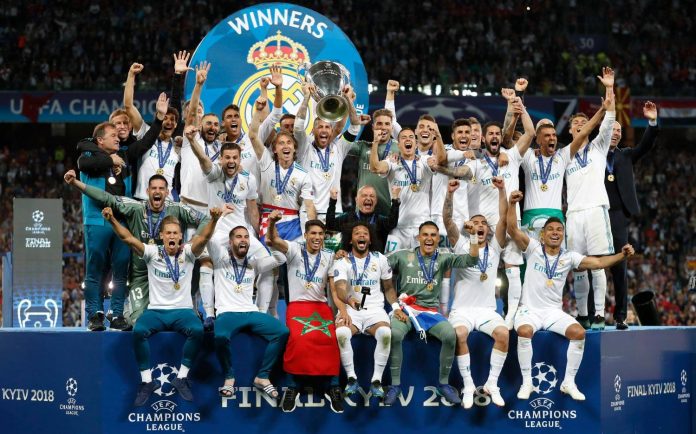 In just under a week’s time, Real Madrid could be holding aloft their first trophy of the season – the FIFA Club World Cup.

It may be low on the pecking order of trophies for the 2018/19 campaign but it could offer just the boost Santiago Solari and his players need going into the second half of what’s been a so-far forgettable season.

Madridistas were hoping the first trophy lift of the campaign would come in August with the European Super Cup but neighbours Atlético put paid to that in Estonia in what was Julen Lopetegui’s first official match as Blancos boss.

Now the Club World Cup could act as the perfect tonic for a team that has showed few signs of improvement since Solari came in to replace Lopetegui.

Let’s face it – Madrid have been poor this term. The blame was put at the feet of Lopetegui but Solari’s appointment has done little to change the tide. Despite a relative upturn in results, Madrid have faced relatively easy competition, only slightly overcoming Rayo Vallecano last week and rock-bottom Huesca the week before, while slipping to an embarrassing defeat at home against CSKA Moscow in the Champions League, albeit being a dead rubber of a match.

Madrid will now face similarly weaker opposition in Abu Dhabi as Solari looks to win his first trophy as head coach and the outcome could make or break Madrid’s season.

Fail to take the trophy home and the knives will well and truly be out for Solari, win and Madrid must use the trophy triumph as a springboard for greater things this season.

These next few days are going to be crucial for Madrid’s 2018-19 season.