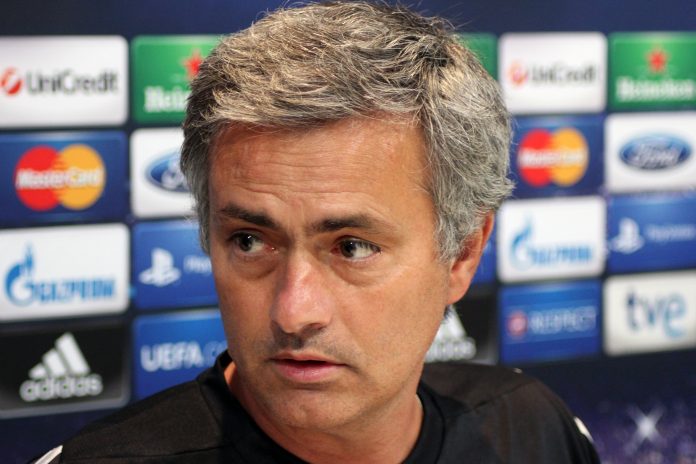 It’s been difficult and embarrassing week for Los Blancos. Back to back losses at the Bernabéu to Barcelona, and crashing out of the Champions League at home to Ajax have left the club at an all time low.

Despite penning a deal back in November that keeps current boss Santiago Solari in the Real hot seat until 2021 there was always going to be a question mark over the Argentine’s head. Although it seems only yesterday we were weighing him up for the job in the long term, as it stands now it’s looking almost certain he’ll be out the door.

Questions will always be asked of the Real Madrid boss when things aren’t going to plan. It’s no surprise then that a number of bookies have begun to offer odds on who will be the next coach of Real Madrid.

BookiesBonuses.com is the best place to compare free bet offers from a number bookmakers ahead of a bet on the next Madrid manager, but first let’s have a look at who are the likely contenders.

The Tried and the Tested

Somewhat paradoxically Jose Mourinho is currently being touted by the bookies as the current favourite.

Currently seated in a cosy chair in the studios of RT heading his own show, Mourinho has already boasted of having rejected multiple job offers just a short time after getting the boot from Old Trafford.

There’ll be no shortage of suitors interested in the Portuguese, but Mou hasn’t exactly shown himself in his best light or his prime form in the last few seasons in England.

Considering the investment in such exciting talents as Vinicius, Diaz etc. all in recent months, Mourinho would represent a disaster to their prospects. Don’t overlook the baggage that comes with Mourinho as well, and don’t forget how it ended last time.

Second favourite is former Real manager Zinedine Zidane. Zidane is rightfully hailed as a true Real legend. Firstly as one of the best footballers to have ever graced this earth, but assuming almost mythical status after his performance as manager at the club.

Don’t be fooled for a second though. Zidane knows how to dance the dance. He left Real for a reason. Legend or not, he puts his image, himself and his career first. He stepped in at the right time, and gracefully stepped out when he felt the tide turning. Don’t expect a Zizou return right now.

Another former Real boss and one time resident of the Madrid managerial seat, Carlo Ancelotti is currently battling against the tide in Serie A as manager of second placed Napoli.

Ancelotti is doing as good a job as he can with a well worn team and measured resources, considering he’s going up against the likes of Italian super heavyweights Juventus.

It’s highly unlikely that Ancelotti will be able to challenge Juventus any time soon. In fact his Napoli appointment represents perhaps a step down in his career, no offence to Napoli.

Massimiliano Allegri currently tops the list of imports Florentino Perez could opt for from abroad. The big question isn’t whether Allegri is well suited to the job, but more – can you pry him away from Juve?

Ultimately, it all depends on how Juventus perform in the Champions League this season. Buying Ronaldo represents a serious investment, and perhaps the Turin club’s best chance of securing Europe’s highest honour to date. Surely he’ll want to be at the forefront of that challenge as well as the rewards it will bring.

Jürgen Klopp is another name being bandied about by the bookies and the press alike. Similarly to Allegri although at an earlier stage of his project, Klopp is building something at Liverpool and being given the resources to achieve his ends. One for the future but not for now.

Then there are the likes Leonardo Jardim, Arsene Wenger, and World Cup winning coach Joachim Löw. They’re all stellar names with solid experience in the game but perhaps not suited to the rigours of the Real job at present.

The final avenue for Perez to turn to are former players. The obvious advantage? They know the club, the culture, the level of expectation and perhaps even the pressure it takes to make it at Real Madrid.

The downside? There isn’t much experience between them. Michael Laudrup, Guti, Fernando Hierro, and even Xabi Alonso are all being put into contention to take the job.

Guti and Alonso both have experience in the youth setup of club, akin to Zidane and Solari. It wouldn’t be a significant departure in putting them in the spotlight, but would they do a better job than Solari given that experience? It’s hard to say.

Laudrup and Hierro are both currently installed in full time managerial positions, but Laudrup has had a chequered managerial career in posts across the globe, while Hierro is just starting his career as a fully fledged football manager.

It makes for hard reading but the big wigs at the club might want to cast an eye over to their bitter rivals who showed them up twice in one week in their own front yard. You can’t deny Barcelona have had a stability that has allowed for domestic dominance over the last decade.

Since Pep Guardiola left the club in 2012 three of their four appointed managers have either had prior managerial experience in their youth setup, or like current manager Ernesto Valverde have been poached from within La Liga itself.

Whether Solari stays or goes, stability is key. The next appointment needs to be the right one and no, for the love of god, don’t let it be Mourinho.