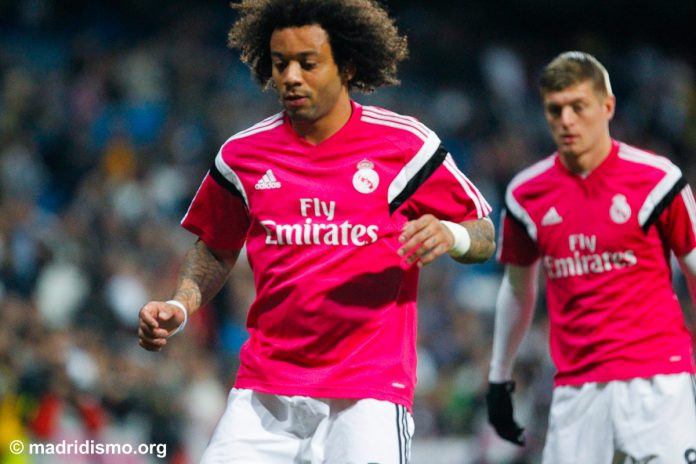 The results that precipitated over the end of February and beginning of March ushered in what will undoubtedly go down as one of the darkest periods in this great club’s history.

The stakes were high but it ultimately ended in Real crashing out of every competition they had to play for in the space of just six short days.

Now the dust has settled after a thumping win away at Valladolid, it’s time to take stock and to figure out how the club is going to move forward, not just for the rest of the season but for the long term benefit of the club.

The end of an era?

Real’s reign in Europe came to an abrupt and unexpected end after 1011 days without being knocked out of the competition, an impressive reign stretching back to May 2015.

The club has replicated something not seen since the 1950s, winning four out the past five Champions Leagues, and becoming the first in the modern era to win three back to back titles.

But this insatiable thirst for Champions League glory has come at a great cost elsewhere and we’re only just now starting to feel it pinch. The unrelenting machine has blazed on while basic issues have been allowed to fall by the wayside.

Egos have gone unchecked, key players haven’t been replaced, and complacency has been allowed to settle in on the pitch. It’s easy to forget how close Real came to going out at the hands of Juventus last year in the quarter finals of the Champions League, or even the 2-0 defeat against Wolfsburg in the round of 16 two years previously.

No, last year’s Champions League victory was definitely hard fought and although it was fully deserved, it was far from smooth sailing.

Papering over the cracks

To put it simply, those trophies have come at the expense of everything else. The stark reality is that Real have only won two La Liga titles in last 10 years. The Champions League has blinded us to what needs fixing, and now Europe’s highest honour is out of Real’s sights for this season, it’s time to set matters straight.

Stability hasn’t been a feature of Real for years, and ultimately stability is what wins you the league titles to ensure success over a longer period.

Sports journalist Guillem Balague recently broke that one of the senior players, ‘one of the top captains at Real’ said it only took winning four matches to make a season. That attitude has got to change.

Setting sights on the Champions League isn’t anything new. Contrast the legendary team of the 1950s that won those first European honours with today’s team and it’s not so different.

Ferenc Puskas himself said in his book that while Madrid were winning those titles, Barcelona were clearing up at home. It’s time to land our feet on the ground and take a good look around. But all is not lost.

Something interesting has been happening over the last two transfer windows since last summer. The club has failed to make any big money Galactico style signings. Money has been spent, but not anywhere in the realms of what we’re accustomed to, and not on well-established, big name players.

Instead those investments have centered on youth. Many might blame the lack of high profile signings as the primary reason behind losing out so swiftly and devastatingly this season, but even an influx of major and experienced talent wouldn’t have built a new team. After all Rome wasn’t built in a day.

It’s certain that there needs to be a clearout on some scale, with ageing players in key positions who are no longer doing the business like they used to. This could be the opportunity to modify that Galactico philosophy that sees such a wasteful conveyer belt of talent and money disappear out the door season after season.

Then there are players who are still to reach their prime that have considerable first team experience already. Players like Marco Asensio (23), Raphael Varane (25) and Isco (26) still have their best years ahead of them.

Youth team promotees like Sergio Reguilon who made his debut against Valladolid just last November have flourished under Solari, and was one of the few to impress in the two ill-fated Clasicos of late.

Solari as former head of the youth team is in a perfect position to nurture and utilise that youth as he’s already demonstrated with Reguilon and Vinicius Jr.’s flourishing and explosive partnership down the left flank. Likewise, a potentially incoming Zidane could also achieve the same ends.

A change of attitude

Ultimately, whoever the manager selects moving forward they’ll need to have the terraces behind them. The second Clasico last Saturday night was an eerie experience after Barcelona scored the only and decisive goal of the match.

Take it from someone who was there, it was not a pretty sight. The booing of Bale as he was brought off, the steely and silent sense of entitlement, and the lack of support given to a struggling team marred by whistles. Real’s fans need to adjust their attitude and temper that entitlement. Change to the team needs to come but it won’t happen overnight.

Giving much needed game time to youngsters at stage when a Champions League spot is all there is to play for would be a way to prepare for the future.

To back the boys off the pitch look no further than BetBlazers for up to date La Liga betting tips. It’s also the best place to find free bets and welcome offers with a number of renowned bookies offering competitive sign-up bonuses.