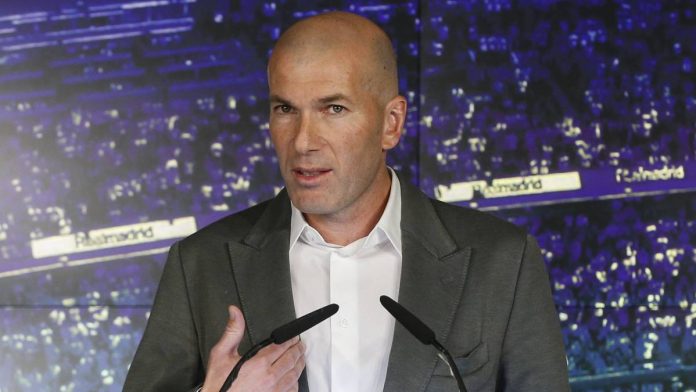 It wasn’t a goodbye, it was a see you later. Zinedine Zidane has made a remarkable return to Real Madrid less than 300 days after departing the club after winning the Champions League for a third time in a row. And the fanfare is just as great now, if not great, as before.

It was needed. Madrid may come in for plenty of stick for sacking manager after manager but the club got this one right. The timing, too. With nothing left to play for there rot would have only continued up until the summer but the mood around the Blancos camp now is one of positivity. The Boss is back.

Whether his return to the Bernabéu brings the same fortunes for Madrid remains to be seen but things already look bright. And not only because a club legend, as a player and a coach, is back at the helm.

His return also means something must have changed since last summer. Zidane left for a reason. Disagreements with the club after how to go forward in terms of squad quality and depth. This disastrous season spelt something out to the board – Zidane was right. He always is, isn’t he?

The Frenchman’s return must have brought about a change of heart from president Florentino Perez and company. A knowledge that a failing squad has to be improved. They say it’s harder to stay at the top than get there in the first place.

Expect that transfer war chest to be supplied to Zizou this summer. Think Eden Hazard, think Mbappe, think a mix of ‘Galacticos’ that will get the fans excited mixed with a batch of pragmatic additions. Think Gareth Bale exiting the club. A new start for everyone.

Madrid have gone from one of their best spells in the history of the club to one of their worst seasons but they could be all set to go back again. The excitement is back, for sure.

Zidane also has a kind fixture list to kick things off, a run of matches with little pressure – something afforded to few Madrid coaches. His first match comes at home against a free falling Celtas Vigo side without their start man, following by another home match against a team all set for relegation in Huesca. Indeed, only Valencia away and Athletic Club at home stick out as tricky matches from now until the end of the season. Momentum can be built.

Exciting times await. Again. The Boss is back.