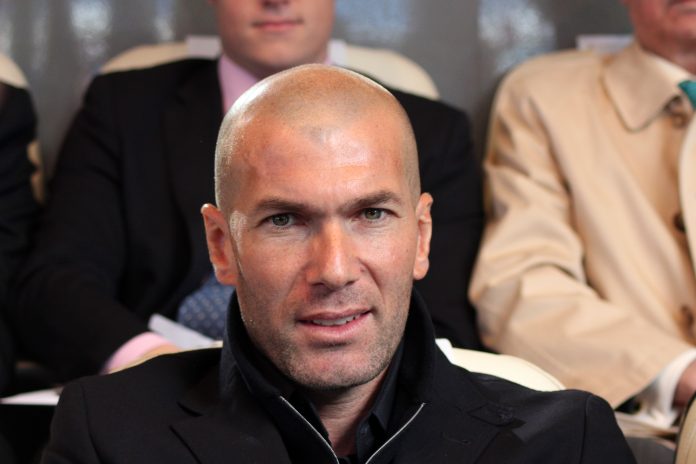 Skill, golazos, one of the world’s best. Fans often remember Zinedine Zidane as an attacking flair player with a stunning eye goal. They rarely, however, remember his stronger side – both physically and mentally.

There is, of course, the infamous headbutt on Marco Materazzi in France’s 2006 World Cup final defeat to Italy. That incident is often swept under the carpet when we talk about the Madrid coach, however. Unlike Eric Cantana’s infamous kung-fu kick in the Premier League and Luis Suárez’s various misdemeanours, Zidane’s moment of madness is not instantly at the forefront of our minds when we discuss the Frenchman.

Zidane’s strength, stubborness and mentality formed another part of one of the world’s greatest ever footballers and now those qualities are showing themselves as the man at the helm at the Santiago Bernabéu.

Maybe these qualities were not obvious in his first spells in charge but in this second spell something already seems to have changed.

Many believe ‘Zizou’ made conditions with Florentino Peréz that had to be met should he want to return as coach to succeed Santiago Solari. Those conditions are now becoming fairly obvious in the transfer market. Zidane, now, is the man almost-fully in control of the ins and outs this summer.

It’s been obvious in the arrivals so far and it will be obvious in the players moving out. Gareth Bale, Dani Ceballos and Sergio Reguilón are all seemingly unwanted by Zidane.

And, seemingly, those players will not be getting more chances with the Frenchman. It really is all-or-nothing. Zidane’s on your side or he isn’t, there really is no in-between.

James Rodríguez is the latest paper filling column inches. The Colombian, currently away on Copa America duty, will return to Madrid following a loan stint in Bayern Munich. Zidane shipped the former Porto and Monaco man out and he wants to ship him out of the club again this summer. Napoli are seemingly leading the race for his signature.

In a recent interview James admitted that he had not spoken to Zidane about his future, a sign that the decision has already been made and there is little that can be done about it whether James wants to return to Madrid or not.

James, like Bale and indeed Ceballos, have shown what they can offer Los Blancos but Zidane will not be including any of them in his plans for the new season. And while previously Peréz may have stepped in to advise his coach on who should stay and go, Zidane now seems to have full control over his squad – something rarely offered to a Madrid coach.Zidane