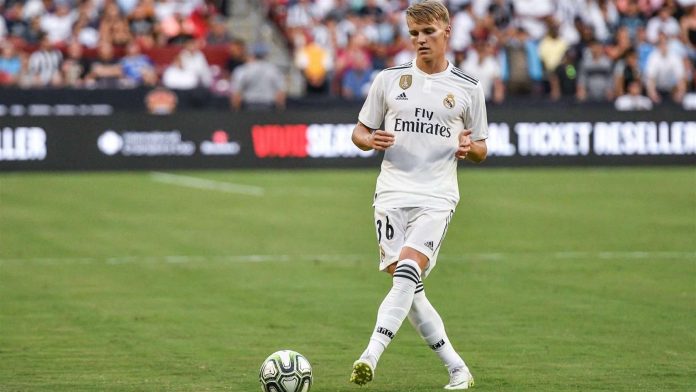 Martin Odegaard will ply his trade away from Real Madrid next season but the Norwegian youngster will at least be a bit closer to home.

The 20-year-old completed a season-long loan move to Real Sociedad on Friday, meaning fans and Madrid alike will be able to keep a closer eye on a player who was brought to the Bernabéu to be the next big thing.

Odegaard has spent the last three years in Holland and impressed with Vitesse last season, scoring eight goals in 31 appearances.

That form has led to Los Blancos giving Odegaard another test in the Basque Country with La Real. Should the attacker impress during his year-long stint at Anoeta Madrid could well give him an opportunity back in the Spanish capital.

Dutch giants Ajax were interested in buying the Norway international this summer but Madrid have opted for a loan move in Spain. The move will be a test for Odegaard, who will ply his trade at a higher level. Fans, as well as the club, will also be able to track his progress on a weekly basis.