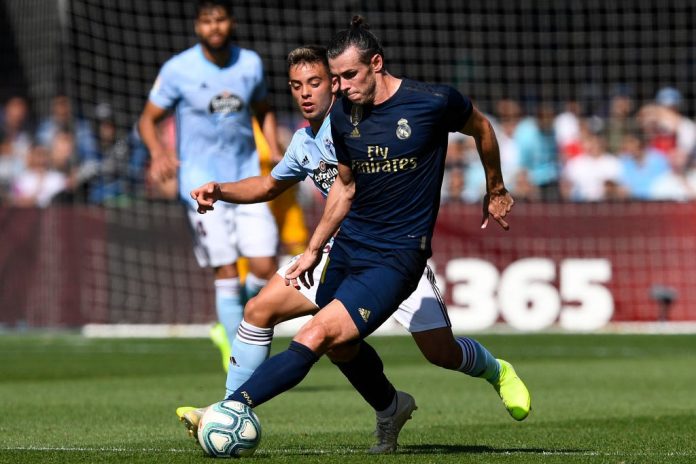 As Real Madrid took on Celta Vigo in their LaLiga opener on Saturday, Bale should have been elsewhere. Plying his trade on a huge contract in China; back in the Premier League. The former almost happened but Madrid thwarted Jiangsu Suning’s offer due to the lack of a transfer fee.

A month the writing was on the wall, more so than ever. “Bale was left out because the club are trying to sell him,” Zidane told the press after Madrid’s first pre-season match in Houston against Bayern Munich. “If he can go tomorrow, it would be better.

“It’s nothing personal, I don’t have anything against Bale, but I have to make decisions. There comes a time when it’s time to change and it’s good for everyone to go their separate ways.

“Leaving is the decision of the coach, and also the player, who knows the situation.”

How quickly things can change, especially in the world of football. Fast-forward to Saturdat’y opener in Vigo and Bale not only remains in Spain, but he led a much-improved Blancos’ team to a convincing victory at Balaídos. Bale is, for now, back.

Zidane certainly did not plan this. An injury to star summer signing Eden Hazard on the eve of the new season meant the Blancos boss had to make late changes to his plans for the first match of the season. It seemed Hazard was due to lead the line alongside Karim Benzema, and perhaps Vinicius Jr., but the injury sustained by the former Chelsea man left a gap for Bale.

And he grabbed the opportunity with both hands.

Bale produced a moment of magic to carve out the opener, his cross giving Benzema the easiest of opportunities to break the deadlock in Galicia. He looked fit, too, producing his typical bursts of pace that gave Madrid a different outlet.

It wasn’t just his attacking work that caught the eye though, with Zidane praising his forward’s defence work in the post-match press conference. “The defensive work of Bale and Vinicius Jr. was important and then Isco and Lucas, who came on for them, did the same,” Zidane said post match. “They key was defending well, we knew that with the ball we would do damage.”

Bale’s inclusion was a surprise to many but it was not a last-ditch option for Zidane, with James Rodriguez, Isco and Lucas Vazquez all left on the bench. Zidane really was counting on Bale.

Credit has to go to the coach, too, of course. While Zidane has seemed stubborn in his treatment of the Welshman, it took courage to include the forward, and maybe some swallowing of pride, after all that has happened over the summer. Bale now seems a key part of Madrid’s plans this season.