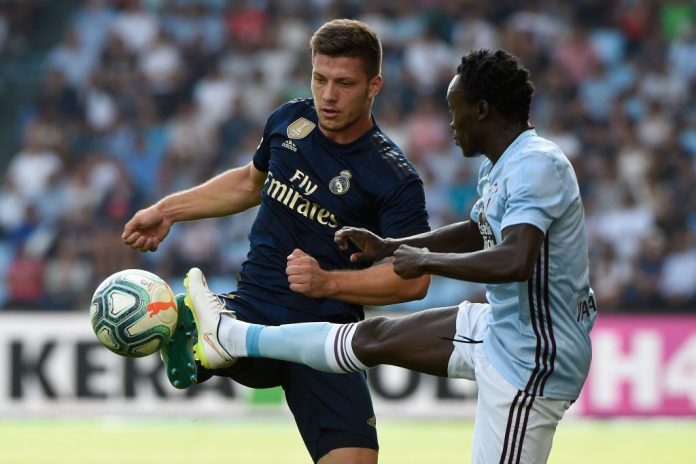 Luka Jovic has poured cold water on rumours linking him with a loan move away from Real Madrid.

The Serbian striker, who only arrived at the Santiago Bernabéu this summer, was reported to be available for a loan move away from his new club.

But the former Eintracht Frankfurt man has taken the rumours with a pinch of salt and fully expects to be part of Zinedine Zidane’s squad this season.

“Stories like that make me laugh, as the media will always engage in such stories,” he told Novosti.

“I have been used to all kinds of rumours since the beginning of my professional career.

“I have accepted the fact that they can always be there, and time will tell which ones are true,” he stated.

“[Zidane] believes in me and his opinion hasn’t changed during the time that we’ve been working together.”

The 21-year-old came off the bench in Madrid’s 3-1 victory over Celta Vigo at the weekend.