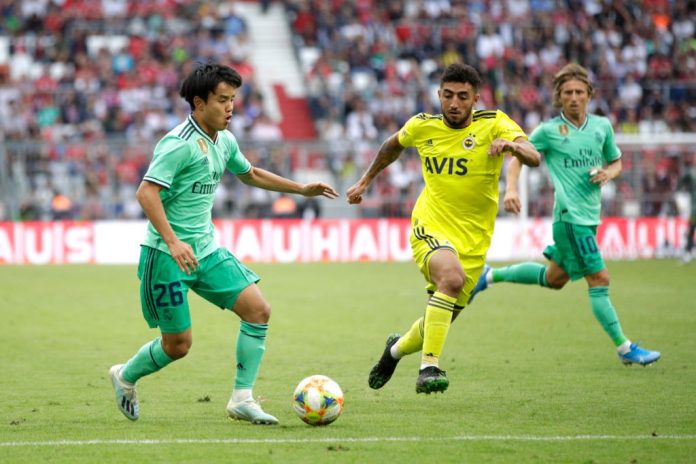 A tint of sadness coated Takefusa Kubo’s move to Mallorca this week but the season-loan loan switch is the best deal for all parties.

The Japanese international swapped the Spanish capital for the Balearic Islands on Thursday and could make his debut for his new side on Sunday when Mallorca host Real Sociedad in LaLiga.

Some fans were left disappointed at the move given Kubo’s fine form in an otherwise disappointing pre-season for Los Blancos but the plan was never to make the former Barcelona man a regular first-team fixture this season.

Kubo, alongside fellow new recruit Rodrygo, were expected to be part of Raúl’s Castilla side in the third tier of Spanish football, as Vinicius Jr. started out last season before progressing to the first team.

His pre-season form promised morel, with Kubo’s performances often outshining those of Eden Hazard, Karim Benzema and Gareth Bale in a summer largely to forget for Zidane and his men in terms of results.

That poor form, coupled with injuries and selection problems regarding Bale and James Rodríguez, heightened Kubo’s summer fame. The youngster took the mantle from Vinicius Jr. and looked to be a bright light in an otherwise dark tunnel Madrid are currently finding their way through.

To throw Kubo in at the deep end, however, was never a good idea. It’s never a good idea at the best of times but at a club such as Real Madrid, with the pressure that famous name and badge brings, Madrid should not have had to give things a second thought.

Now Zidane and those in charge at the Santiago Bernabéu can keep an eye on one of their most promising prospects from up close. Kubo will get valuable game time at a top flight club and bag plenty of LaLiga experience against the best players in the world.

He could also feature against his parent club given there are now no rules on loan players featuring against the clubs who loaned them out in the first place. A gentlemen’s agreement there may be, but there is nothing to stop Kubo featuring, and scoring, against Madrid when the sides meet in the league for the first time in October.

The newly-promoted side will also stand a much better chance of surviving with the Japanese talent at their disposal.

Take care of Kubo, Mallorca. If he arrives back at the Bernabéu as Marco Asensio did following his progression at Mallorca, Madrid will have some player on their hands.