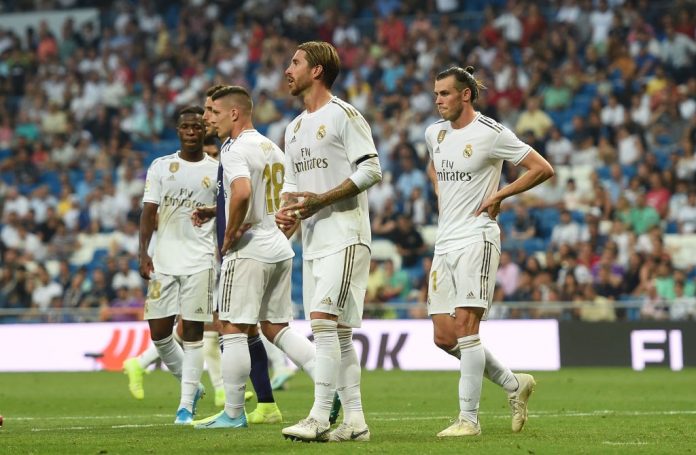 It was an early litmus test for Zinedine Zidane and his men. A convincing victory under their belts and a match on home soil that Real Madrid should be comfortably winning. A chance to send out a message.

Send out a message they did, but not the one Zidane, Sergio Ramos and the rest of the Madrid fan base wanted to. A message that not so much has changed after all.

Karim Benzema’s second goal in as many LaLiga matches – and a fine goal too – had Los Blancos heading for six points from six until Real Valladolid fashioned a late, and arguably deserved, late equaliser.

The result brought more questions than answers when it could have brought momentum, confidence and a place at the top of the table.

Madrid’s impressive 3-1 away win at Celta Vigo last weekend almost silenced the critics and put a poor pre-season almost to bed. To do it with ten men and with the return of an impressive Gareth Bale left fans licking their lips at the chance to bag a convincing win against a side expected to struggle at the wrong end of the table.

Instead, Madrid huffed and puffed and only managed to take fans back to the problems of last season. A lack of cutting edge, a lack of team ethic and, ultimately, a lack of points. Los Blancos won the same fixture last season but this season they were unable to break down the Valladolid defence for the most part.

Fans will still look towards the return of the injured Eden Hazard and suspended Luka Modric to brighten the club’s fortunes, as well as the possible arrival of Neymar, but the problems seem to delve much deeper.

Despite Zidane’s early work in the transfer window to freshen up the squad things looked little different to last season. Hazard and Mendy may be sidelined through injury but results over the last month go a long way to show Madrid should have done more in the transfer market. Whether Paul Pogba or Neymar arrive remains to be seen but Zidane must be far from happy.

The long-awaited return of James Rodríguez did give Madrid a glimmer of hope but this Madrid looked sluggish and off-the-pace.

There could be answers in the coming days with the transfer window remaining open until Monday, September 2, but what type of boost the possible arrival of Neymar could give Madrid is unclear. Could it provide a much-needed injection or just add to the various problems around an ageing squad.

Madrid’s traditional tests pit them against clubs should as Barcelona and Atlético but now upcoming matches against Villarreal, Levante and Osasuna will offer a true insight as to how Madrid’s league campaign may pan out this season.

The answers at the moment are not forthcoming.