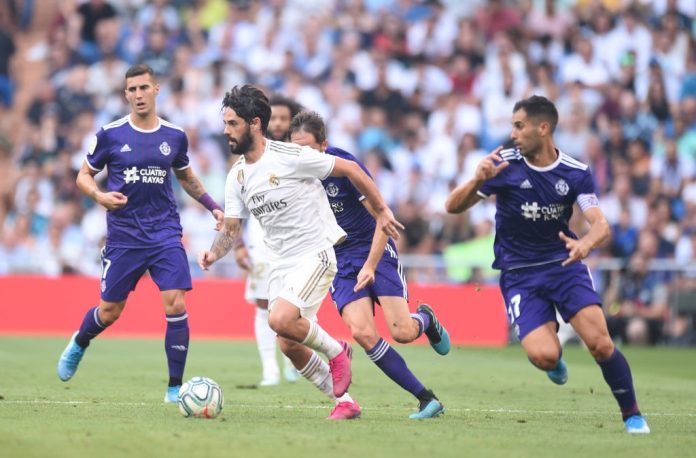 With only two matches of the new LaLiga season gone, the treatment room at Valdebebas already has a waiting list, adding to Zinedine Zidane’s squad-building problems.

Isco is the latest victim, suffering a hamstring injury that could keep him sidelined for a couple of weeks and should see him miss Sunday’s trip to Villarreal.

The injury set-back adds to a growing list of absentees that have scuppered Zidane’s plans to kick-start the season at full speed.

Summer signing Eden Hazard has been the biggest miss, picking up an injury of the eve of the new season. The Belgian is expected to return for Madrid’s home match against Levante in mid-September and is not expected to be risked for this weekend’s trip to El Madrigal.

James Rodríguez will also be missing for a few weeks after starting Madrid’s home match against Real Valladolid at the weekend, while players such as Ferland Mendy, Rodrygo and Brahim continue their respective recoveries.

The biggest blow came in pre-season when Marco Asensio suffered knee ligament damage that will keep him sidelined for most of the season.

Some will point to bad luck with the injuries Madrid have suffered since the start of pre-season, Los Blancos will look to changes things behind the scenes to ensure the injuries don’t continue to stack up this season.