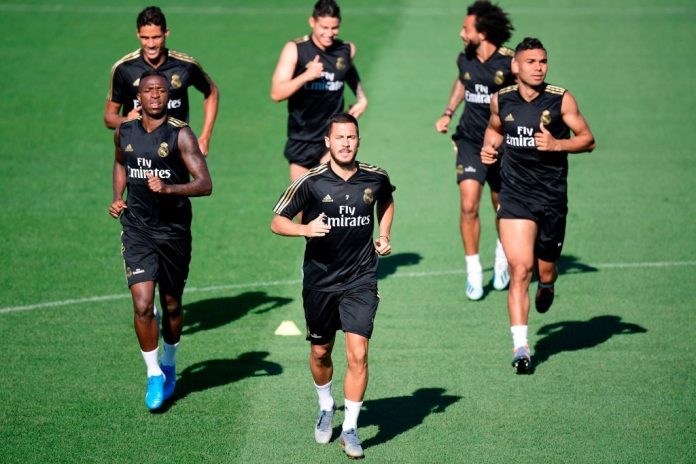 Eden Hazard will continue his recovery back in Madrid after leaving the Belgian national squad.

The former Chelsea man had originally be called-up by his country for their Euro 2020 qualifying matches against San Marino and Scotland.

Hazard was not expected to feature in either match as he recovers from injury but he will now continue his recovery with Madrid at Valdebebas, and not with Belgium.

The forward, named 2018/19 Europa League Player of the Year last week, has yet to feature in LaLiga for Los Blancos after suffering a thigh injury of the eve of the new season.

He missed Madrid’s 2-2 draw at Villarreal on Sunday but is expected to be involved when Los Blancos return to action against Levante at the Bernabéu on Saturday, September 14.