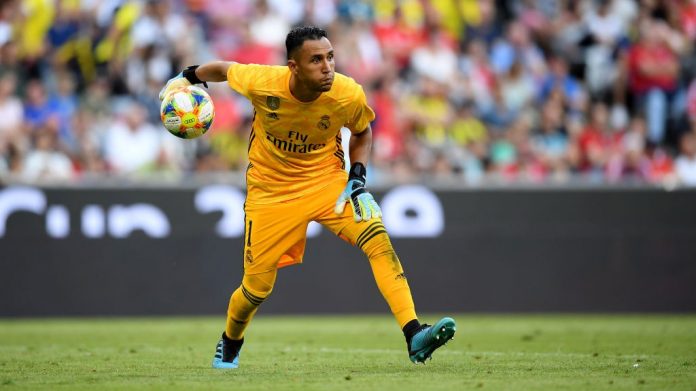 Keylor Navas will forever be known as the goalkeeper of the three consecutive Champions League triumphs by Real Madrid fans after completing his move away from the Spanish capital to take up a new adventure with Paris Saint-Germain.

The Costa Rican has won almost everything he could at club level during his five years at the Santiago Bernabéu, including the hearts of the madridistas who were sad to see their No.1 leave.

“Good luck Keylor, although you won’t need it,” said Blancos captain Sergio Ramos. “Your mentality, workmate and qualities as a human being will talk for you wherever you go. You’ll be missed, bro.”

“A great goalkeeper and a top guy,” said Gareth Bale. “Good luck amigo! You will be missed!”

The messages poured in for arguably the most loved player in the current Madrid squad, despite, or perhaps helped by, his status as second-choice goalkeeper behind Thibaut Courtois.

And Navas will be missed, his personality in the Madrid dressing room was a big one.

Since signing Courtois from Chelsea over a year ago, the plan has always been to ease the Belgian into his No.1 role at Madrid and this summer was to be the one where Courtois would take over as the undisputed starter in LaLiga and the Champions League, at least.

The former Atlético Madrid man’s quality is undoubted, despite some unconvincing performances since his arrival – perhaps those come down to the pressure of the goalkeeping situation being far from cut-and-dry at the club.

Though it is yet unclear whether Madrid have made the right call. That will be proven over the course of the next year or two. While Navas made mistakes of his own over the last couple of years, his position within the Madrid squad was far beyond that of his match performances.

Navas is a likeable character. Relaxed, friendly and close to a lot of key first-team players, including the captain who he spent time on holiday with over the summer, his presence in goal seemed favourable for a lot of the first-team players. What he lost with some errors, he made up for by adding confidence to a back-four that currently looks fairly brittle.

He is a player who deserved a different departure and a player who will probably receive the biggest cheer of them all if he starts for PSG in the Champions League clash against Madrid at the Bernabéu in November.

Five seasons, 14 titles, millions of new fans. The €10 million buy-out clause Madrid paid Levante to get their man was some of the best business the club have done in the Florentino Pérez era. Good luck, Keylor. You deserve it.