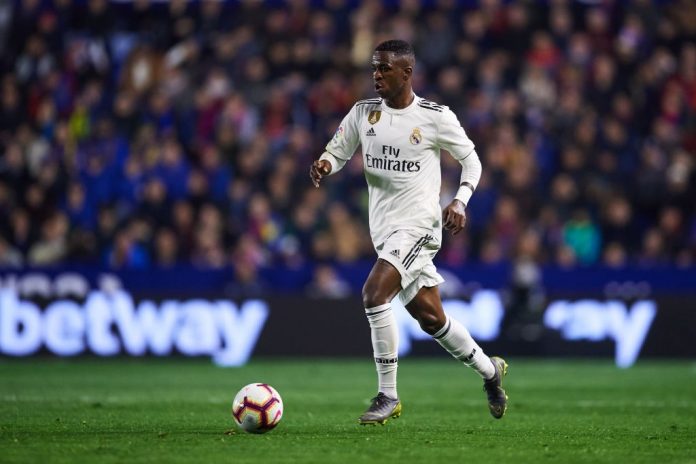 In a season where Madrid are distinct second-favourites in the league and Europe – you can use this comeon bonus code to bet on their games – they can’t afford any squad unhappiness. As such, Zinedine Zidane has hit back at reports claiming Brazilian forward Vinicius Jr. does not form part of his key first-team plans at Real Madrid.

The former Flamengo man has started one of three LaLiga matches so far this season and has failed to find the back of the net in a competitive match since the start of February in a 3-0 home win against Alaves at the Bernabéu.

The 19-year-old has come in for criticism lately after bursting onto the scene last season and some reports have suggest Zidane is not the youngster’s biggest fan.

But in Friday’s pre-Levante press conference, the Blancos boss hit back, saying: “Vinicius counts on the confidence of his manager, which is me. Vinicius is the future of Real Madird, but everything has a process and takes time. But sometimes, you don’t play. Stop saying I’m not relying on him, I have plenty of confidence in Vinicius, he’s in my plans.”

The Brazilian is expected to be on the bench for Saturday’s LaLiga match, with a case of jetlag not helping following his outings on the international stage in the United States.

Eden Hazard could make his competitive debut after recovering from an injury, while Gareth Bale will miss out through suspension.