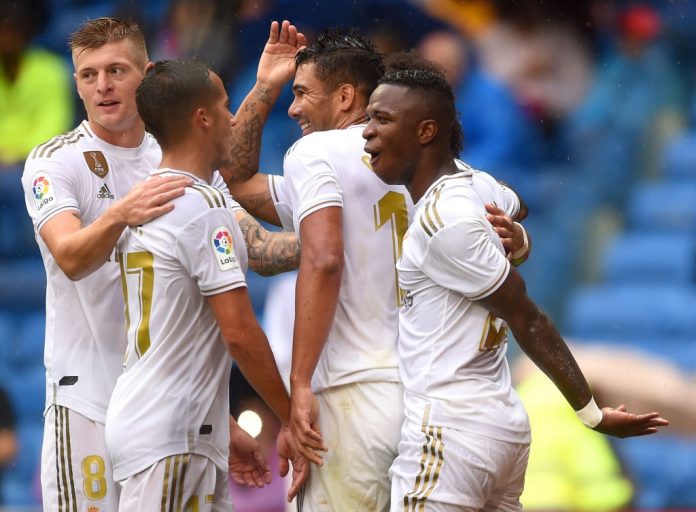 There was still plenty of room for improvement following Real Madrid’s slender 3-2 victory over Levante but the positives outweighed the negatives.

It was the proverbial game of two halves at the Santiago Bernabéu on Saturday after and Los Blancos came flying out of the traps to take a 3-0 lead into the break. Defensive problems that have haunted Madrid so far this season reared their head again in the second half as the visitors scored twice after the break to cut the gap and make it a tense final 15 minutes.

Madrid looked fluid in attack in the first 45 minutes. Without Eden Hazard, Gareth Bale and Luka Modric, Zinedine Zidane’s men still packed a punch in attack. Karim Benzema bagged a brace to take his tally to an impressive four goals from as many matches this season, while Casemiro popped up with an unlikely goal.

It could have been more, with Benzema inches away from a hat-trick, while Vinicius Jr. continued to be without luck in front of goal.

There were more positives, with both Hazard and Éder Militão handed their debuts in the second half. Hazard showed plenty of positive movement, while Militão was introduced in place of Sergio Ramos in preparation for Wednesday’s Champions League clash with Paris Saint-Germain.

It was as good as it got for the hosts at the break, with more sloppy defending in the second half allowing Levante back into the match when things really should have been killed off.

Three points were crucial for Madrid after two disappointing draws, however, and ahead of a tough week which sees a trip to Paris for the Champions League opener following by a visit to Sevilla next Sunday night.