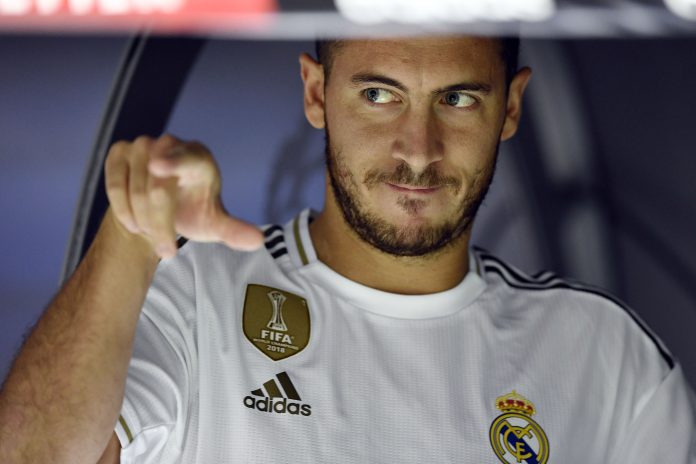 It’s El Derbi day in the Spanish capital this weekend and a time for the big players to step up.

There will be plenty on show for both sides. Sergio Ramos, Diego Costa, Jan Oblak, Eden Hazard, Karim Benzema and Toni Kroos to name but a few.

Each will be keen to make their mark on derby day and give their side, and their fans, the bragging rights in Madrid. Not only that, but top spot is at stake with both sides sitting atop of LaLiga going into the Saturday night clash.

One man will be especially eager for the occasion – Eden Hazard.

The Belgian is expected to return to the starting line-up after being rested for the midweek victory over Osasuna and the clash will be the former Chelsea man’s first Madrid derby experience.

Hazard is, undoubtedly, still getting into his stride. He’s yet to score an official goal for Los Blancos after seeing his start to the season scuppered by injury but he looks at 100 per cent ahead of the short trip to the Wanda Metropolitano.

Not only that, but the big summer signing is the cover of this year’s FIFA football game, an honour reserved only for the best. Launched on the even of the match, Hazard will be keen to live up to his price tag by shining, and scoring, on the biggest of stages – and they do not get much bigger than this weekend’s.

He is set to be up against a familiar foe in Atletico full-back Kieran Tripper, himself a big summer signing for Diego Simeone’s side. The pair faced off in matches against Chelsea and Tottenham in the Premier League and are set to rekindle their rivalry in Madrid.\