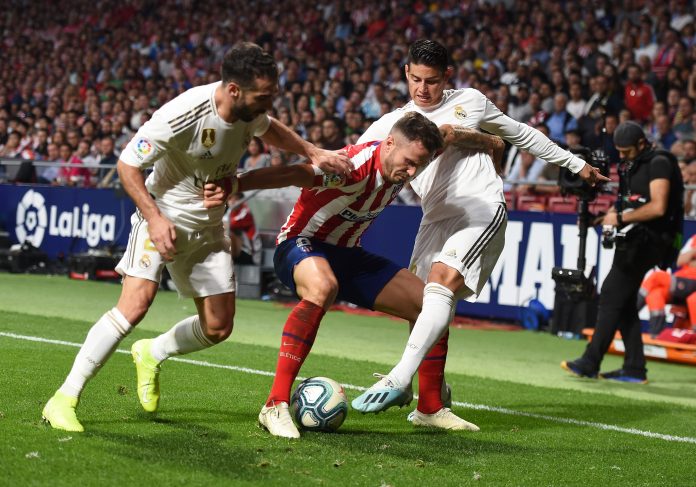 There were no El Derbi bragging rights for either side on Saturday night but Real Madrid proved a point after coming in for plenty of criticism at the start of the new season.

Zinedine Zidane’s side carved out the best opportunities in the 0-0 stalemate at the Wanda Metropolitano and Atlético had Jan Oblak to thank for a couple of big saves that kept his side in it. The hosts had plenty of the ball, especially in the first half, but Madrid’s defence held firm for a third clean sheet on the spin.

The point left Los Blancos top of the table and with plenty of reasons to be cheerful after coming through their toughest test of the season domestically unscathed.

Not least the defensive aspect of Madrid’s play. Zidane showed plenty of nous in opting for Fede Valverde in midfield alongside Toni Kroos and Casemiro. That helped shore up the midfield and give plenty of protection to a defence that is growing in confidence.

That improved stability at the back will be key for Madrid this season. With a strong defence, the goals will come at the other end with the weapons available to Zidane in attack.

The one disappointment was Eden Hazard, who is yet to open his account in an official match with Madrid. To break the deadlock against a side such as Atlético is not easy but the Belgian was bought to be the difference in matches such as these. The former Chelsea man has the benefit of time on his side but he will be looking at home matches against Brugge, on Tuesday night, and Granada, next weekend as good opportunities to get off the mark.

El Derbi was a disappointment but Madrid left feeling they deserved more and perhaps rightly so. There were certainly plenty of positives and things continue to move in the right direction.