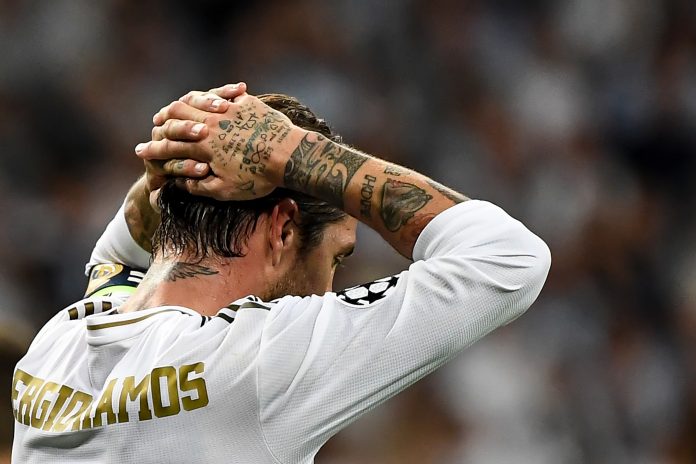 The whistles were back at the Bernabéu – lots of them.

After a run of encouraging results, Los Blancos were back to their worst as goals from Casemiro and Sergio Ramos rescued a point against Club Brugge at the Santiago Bernabéu.

It could have been worse, with Brugge taking a 0-2 lead into the interval after a dismal first-half showing from the hosts, But Zidane’s men at least upped their game in the second half to take a share of the spoils and keep their Champions League fate in their own hands.

These weren’t individual failings. Thibaut Courtois was routinely whistled and was substituted at half-time, with a stomach bug citied as the reason, but he could do little to thwart two mid-hit strikes. Lucas Vázqez was routinely whistled, too, but he was one of the Madrid players who didn’t come out of that first-half showing in disgrace.

There were more deep-lying failings that returned to the fore on a night when Madrid had expected so much. They expected Eden Hazard, put in front of the cameras to speak in pre-match press conference, to come good and score his first official goal. They expected a response following the 3-0 reverse in Paris. They expected to keep the momentum going from a run of three matches without conceding a goal.

Passes were astray – lots of them – the defence was way too open and Hazard failed to show that magic that everyone, including him, is waiting for.

Brugge came into the match undefeated so far this season and on the back of a 5-0 league win at the weekend and were not to be underestimated, but underestimated they were. Casemiro complained of a smash-and-grab after the match but that was always going to be the visitors’ game plan.

The outcome showed there are plenty of cracks still covered up and that Madrid still need more time to perfect things, if they’re to perfect them at all. An in-form Granada visit at the weekend, providing another test for a Madrid team in transition.