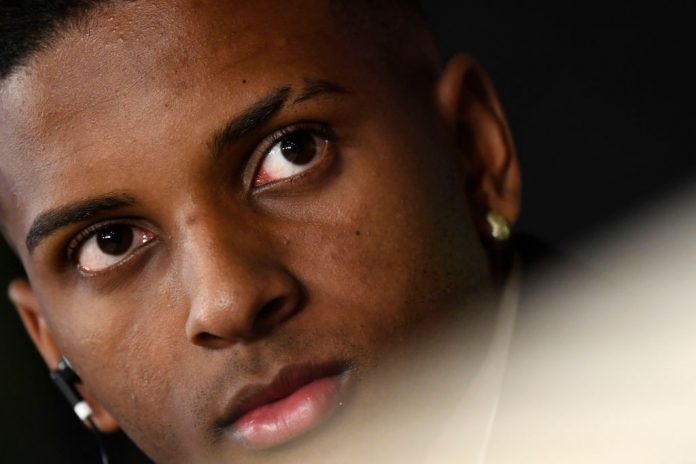 Real Madrid’s man-of-the-moment Rodrygo was close to a move to Liverpool before he headed to the Spanish capital.

The Brazilian youngster has exploded onto the scene at the Santiago Bernabéu this season, bagging a hat-trick in last week’s Champions League victory over Galatasaray.

The former Santos man was almost a Liverpool player, however, with the player’s former coach revealing the Premier League club’s early interest.

“There was strong interest from Liverpool for the kid when he was in the youth teams and they wanted him, but the offer was low,” Elano Blumer, the coach who gave Rodrygo his Santos debut told ESPN.

“Then the offer arrived from Real Madrid. I had a chat with the club and I told them the kid was worth gambling on and that I would like to work with him.”

The 18-year-old has been a revelation for Los Blancos so far this season, dislodging Gareth Bale, Lucas Vázquez and fellow countryman Vinicius Jr. from starting roles. His form has also seen him called up to the Brazil national squad.