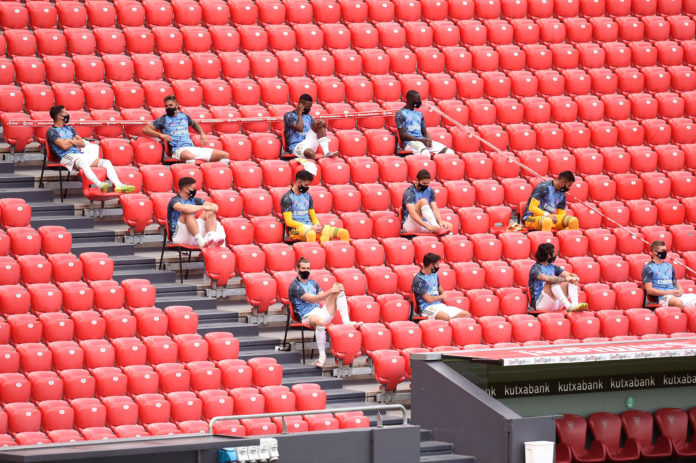 The ongoing COVID-19 pandemic has had an impact on almost every industry all over the world, and football is no different. Most major football leagues were suspended earlier in the year, as countries struggled to cope with the spread of the pandemic, and even when they resumed playing in June, this was done under strict guidelines, with no fans in attendance, and rigid testing and isolation protocols in place. Clubs have lost millions in revenue due to the lack of ticket sales and hospitality seats, as well as the reduction in commercial opportunities. Additionally, they also face having to pay rebates to broadcast companies, all of which will mean that the biggest clubs in the world will face losing hundreds of millions of dollars this season. Despite this, they remain at the top in terms of brand value, with Real Madrid and Barcelona serving as the two biggest brands in the game.

Real Madrid won La Liga for the first time this season since 2017, which has led to a boost in its brand appeal and thus its position at the top of the listings released by Brand Finance Football Annual. However, despite this, its overall value fell by 14% to €1,419 million. A major reason behind this is the ongoing pandemic, as well as the club’s poor performance in the Champions League last season. Barcelona are just €6 million behind their eternal rivals in second place, having won La Liga last year to bolster their brand value.

The return of La Liga in June was a big help to sports betting firms, which had been having a strong year in general as well. The internet gaming sector in Spain had seen an increase of 12.5% in revenue over last year in the first three months of the year, while there was an 18% rise when compared to the previous quarter. Despite the suspension of sporting events in Spain, sports betting companies recorded revenues in total of €111 million, showing yearly growth of 8.7% and accounting for over half of the total revenue of the Spanish online gaming sector. Within the sector, casino online slots performed well, as live roulette games grew by 35% with €18.5 million in revenue, while slots were the biggest contributor with 55% of the total revenues for online casinos, amounting to €43.2 million. Poker grew by 13% to €24.2 million in revenue in the first quarter, while bingo and online contests contributed €3 million and €2 million respectively, although they did show strong annual growth (15% and 50% respectively).

Coming back to football brand values, we see that the pandemic has caused a general drop in brand value across the board, with the total value of the top 50 football brands declining for the first time in six years. They have lost just under 4%, or €751 million, due to the impact on all three major revenue sources for a football club – matchday, commercial and broadcasting.

Matchday income loss has been felt the hardest in the smaller leagues, where the broadcasting revenue is not so high. For example, it makes up just 13% of total revenue in the English Premier League, but over 40% in the Scottish league. However, there is hope that the clubs’ long-term future is more important for brand value, as estimates have shown that just 21% of Real Madrid’s brand value is dependent on the next five years’ financial results, for example. There have been some positives as well, with the BBC’s coverage of Southampton vs Manchester City breaking the record for a TV audience for Premier League matches, with 5.7 million viewers.